The Obama administration is trying to topple the new Netanyahu government after having failed to stop it from being elected, a senior government source told Reshet Bet (Voice of Israel) radio Thursday.

The source also explained that Washington is pressing Israel to stop hunting down terrorists in “Area A” in Palestinian Authority cities where the Abbas regime is supposed to be in charge of security.


Keeping the IDF out of Area A would mean the end of keeping a lid in Hamas terrorist, a mission that Abbas’ security forces has not been able to accomplish for political, intelligence and military reasons.

A reign of terror in Palestinian Authority following an IDF “hands-off” policy, even against “ticking bombs.” would create conditions for a violent eruption, de-stabilizing the Abbas regime and setting the stage for a demand that Israel accept the Arab agenda or face an all-out war or an upfront Hamas terrorist regime based in Ramallah.

It is no secret that previous American governments have tried to run behind-the-scenes campaigns against right-wing governments in Israel.

President Barack Obama has vehemently denied that his administration campaigned earlier this year for Yitzchak Herzog and Tzipi Livni, who co-chair the “Zionist Union” that was the result of the merger of her HaTnuah and the Labor parties.

However, the V15 campaign to keep Netanyahu from being re-elected and forming a government was closely linked with senior officials that worked for President Obama. One of the organizations backing the V15 campaign was a recipient of a State Dept. grant.

The source was unnamed, razing at least two possibilities: One could be that everything he said is substantiated and true. An alternative explanation is that he is manipulating the media to blacken the image of the Obama administration, which once again has said it is imperative to work for “two states.”

I would place my bets on the first explanation.

I will never give up on the hope for peace between Israelis and Palestinians, and the United States will never stop working to realize that goal. As I said when I visited Ramallah two years ago, Palestinians deserve an end to the occupation and the daily indignities that come with it; they deserve to live in an independent, sovereign state, where they can give their children a life of dignity and opportunity.

And as I said in my speech to the Israeli people on that same trip, peace between Israelis and Palestinians is necessary, it is just, and it is possible. It is also in the national security interest of the United States.

That’s why we’ve worked so hard over the years for a two-state solution and to develop innovative ways to address Israel’s security and Palestinian sovereignty needs….

We look to the new Israeli government and the Palestinians to demonstrate—through policies and actions—a genuine commitment to a two-state solution.

But President Obama certainly must understand that the Palestinian Authority really does not want a “two-state solution.” The Arab world wants one state that will be the solution to the “Jewish problem,” meaning a Zionist country of Israel.

Obama certainly must understand that if the Palestinian Authority were to win all of its territorial and political demands, which even the leftist Labor party is not prepared to meet, it would then go for broke as usual and insist that Israel accept the immigration of several million Arabs from foreign countries. 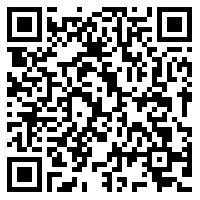