Rabbi Yosef Lasdun, a renowned sofer, baal midos, and talmid chacham in Washington Heights, passed away on Wednesday morning, May 30, at age 62. His loss was felt not just in K’hal Adath Jeshurun, where he was a lifelong member, but in all the suburban and Manhattan communities whose safrus needs he took care of.


R’ Yosef returned to Washington Heights to study in KAJ’s beis medrash and then kollel. During this time he joined the Vaad Mishmeres Stam safrus training program in Monsey and received a ksav safrus from Rav Ben Tzion Wosner, the program’s director.

R’ Yosef helped fill the safrus needs of his neighborhood mosdos and for decades was also “the” sofer for shuls on Manhattan’s Upper East Side and in Teaneck, Bergenfield, Fair Lawn, Mt. Vernon, New Rochelle, and other locations.

Mr. David Hes from Congregation Beth Aaron related, “Aside from being an especially skilled sofer, Rabbi Lasdun was exemplary in his impeccable honesty, humility and yashrus. He made a huge kiddush Hashem during the decades he handled our safrus needs and was a role model for us all.”

Rabbi Avraham Gordimer, a KAJ member, said, “When I brought my sons to Rabbi Lasdun to order tefillin, he took out charts with images of letters and taught them the basics of writing and inspecting tefillin and other relevant halachos. He never pressured people to order more costly tefillin or mezuzos. Rabbi Lasdun was a tremendous masmid, learning in the Breuer’s beis medrash and in the KAJ shul at every opportunity, yet was extremely humble about his Torah knowledge. Rabbi Lasdun was loved by everyone across the Orthodox spectrum, from the most left-wing/liberal to the most right-wing/traditional.”

Rabbi Avrohom Hoffman told The Jewish Press, “Though I’ve been part of the Lasdun family for 40 years, there are many things about my brother-in-law that I only found out since his petirah, especially in terms of his humility, yashrus, and ehrlichkeit.”

R’ Yosef was sick for the past several years, while still basically functioning. On Wednesday morning, May 30, an extremely weak Rabbi Lasdun asked that tefillin be put on him, then recited Birchas Hashachar and Krias Shema. Shortly afterwards, Rabbi Lasdun returned his neshamah to his creator. It was 9:30 a.m. 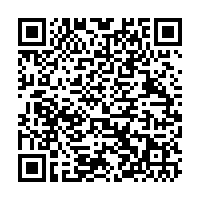