Dr. Vladimir Zev Zelenko, an Orthodox Jew and member of the Lubavitch movement, passed away on Thursday at age 49 from cancer. Zelenko became well-known after introducing a three-drug combination of hydroxychloroquine, zinc sulfate, and azithromycin as part of an experimental outpatient treatment for COVID-19 that he promoted as the Zelenko Protocol.

Vladimir Zelenko was born in Kiyev (then, part of Soviet Ukraine), in 1973. His family moved to the US when he was three, and settled in the Sheepshead Bay neighborhood of Brooklyn, New York City. He earned a Doctor of Medicine degree in 2000 from the State University of New York at Buffalo and subsequently specialized in family medicine.

On March 21, 2020, Zelenko posted a video to YouTube and Facebook addressed to President Donald Trump, in which he claimed to have successfully tested an experimental treatment for COVID-19 on hundreds of patients with coronavirus-like symptoms. He described the treatment as a three-drug combination consisting of the anti-malarial medication hydroxychloroquine, the antibiotic azithromycin, and zinc sulfate, and eight days later posted an open letter to Trump with similar claims.

In July 2020, one month after the FDA had withdrawn the emergency use authorization of hydroxychloroquine for COVID-19, Zelenko coauthored a retrospective study of 141 COVID-19 outpatients who were prescribed a combination of zinc, hydroxychloroquine, and azithromycin. Zelenko’s study compared the outcomes of treated patients to outcomes of untreated patients in his New York State community who allegedly had a 15.4% hospitalization rate.

The Satmar Hasidic community in Kiryas Joel, NY, where Zelenko had served for years as a community physician, issued a disclaimer regarding Zelenko’s statement about their potential infection rate, stating: “Jewish MD who promoted virus cocktail is leaving the community where he tested it: Dr. Vladimir ‘Zev’ Zelenko, an Orthodox doctor credited with bringing controversial malaria drug to Trump’s attention, accused of spreading disinformation about infection rates.”

Based on his study, Zelenko claimed that his combination therapy “resulted in five times fewer hospitalizations and deaths.” In December 2020, Twitter suspended Zelenko’s account for violating rules against platform manipulation and spam. In 2021, Zelenko began selling a dietary supplement called Z-Stack, which contained zinc and several vitamins. In January 2022, Zelenko claimed that children are more likely to die from COVID-19 vaccines than from COVID-19.

Zelenko was married twice and the father of eight children. 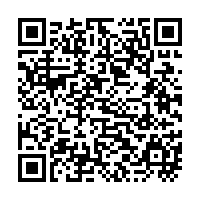