Born in 1931 in Novorossiysk, Krasnodar Krai, in the Russian SFSR, Nudel applied for emigration to the State of Israel with her sister in 1971 – but only Nudel’s sister and her family were permitted to leave. They settled in Rehovot.


Nudel, an economist, was working at the time as an accountant for the Moscow Microbiological Institute and was refused on the grounds of being “privy to state secrets.”

She was immediately fired; a move that gave her the time to help build the “Prisoners of Zion” Soviet Jewish refusenik movement and to care for Jewish prisoners and their families.

Routinely arrested and placed on house arrest for years, Nudel was physically abused and frequently harassed by Soviet authorities. She became a world-famous figure and the most prominent female member of the “Prisoners of Zion” refusenik movement.

Hanging a banner on her apartment balcony that read, “KGB – GIVE ME MY EXIT VISA” earned her a four-year prison term in Siberia, convicted of “malicious hooliganism.”

Nudel was finally allowed to immigrate to Israel in 1987, settling near her sister, after a 16-year battle for freedom to leave the USSR for Israel.

She is portrayed by actress Liv Ullmann in the movie based on her biography, “A Hand in the Darkness.”

Once finally settled down in the Jewish State, Nudel worked in children’s education, and founded the “Mother to Mother” nonprofit organization, listed on page 37 of the 2015 “Best Practices of Social Services in the State of Israel” report by the Ministry of Social Affairs and Services.

The purpose of the project was to empower women after childbirth through experienced mothers volunteering to support new mothers coping with physical difficulties and the emotional storm involved in their transformation into mothers. Trained female volunteers visited the homes of new mothers once a week for two hours to offer support and guidance, including caring for the infant and listening to mothers “venting.” The project focused on Israel’s Russian immigrant population. 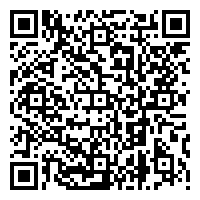