It all began out of an act of chesed – kindness. I had known Reb Gershon ben R. Moshe Yaakov Tannenbaum, zt”l, for some years but ours had been a casual friendship being that we both resided in the Ninth Avenue neighborhood of Boro Park. He was someone with whom I exchanged brief greetings and perhaps a word or two, but nothing more than that. It was when my grandmother Mrs. Ettel Klass, a”h, was admitted to Maimonides Medical Center that we became close friends.

Living so close to Maimonides presented Rabbi Tannenbaum an opportunity that in his view he could ill afford to miss. He would walk the halls of the hospital seeking out people to whom he could direct his chesed. My elderly grandmother had just been admitted to the hospital in ill health, and as soon as he saw her name he rushed to contact a close friend of his, Douglas Jablon, a social worker on the staff of the hospital, to ensure that she receive the best of care and, due to her advanced age, extra attention.


Needless to say, not only did Reb Gershon become my close friend but so did Douglas, now a vice president at Maimonides.

Ours is a relationship that spans three generations to include our children, who are close, and even some of our grandchildren. To our surprise, the connection even took a step back in time as we soon discovered that after being widowed Reb Gershon’s mother had married the husband of my mother’s late first cousin.

There is a beautiful midrash (Shemos Rabbah, Parasha 2) that explains Moshe Rabbeinu’s rise to the leadership of Bnei Yisrael. Moshe, on the run from Pharaoh, king of Egypt, eventually found refuge in the home of his soon to be father-in-law, Yisro, the priest of Midian. It happened that one day as he was shepherding his father-in-law’s sheep, a young kid suddenly bolted. Moshe ran after the kid only to find it at the edge of a pond, drinking water. He said, “Now I know why you ran away; it was because you were thirsty. It must be that you are tired and weak as well.”

With that he picked up the kid and carried it back on his shoulder. The Ribbono Shel Olam, observing what had transpired, said; “You, who have cared for a mere sheep…with such consideration and loving kindness, are most fitting to shepherd and lead My people, Bnei Yisrael.”

This midrash so aptly describes Reb Gershon, a fountain of chesed whose consideration for the needs of others was the source of his natural leadership qualities.

Not only was Reb Gershon a man of chesed, however; he was a man of action as well, someone who found great satisfaction in his involvement with the Igud Harabbonim–Rabbinical Alliance of America. He was a close friend of Rabbi Nachum Zvi Josephy, zt”l, the then-director of the Igud, and a protégé of the then-president of the Igud, Rabbi Abraham Hecht, zt”l. He also had the greatest respect for the many leading rabbonim of the organization. He expressed to me countless times his deep admiration for my uncle Rabbi Sholom Klass, zt”l, who was also a member of the Igud directorate.

It was with the untimely passing of Rabbi Josephy that Reb Gershon, with the blessing of Rabbi Hecht and the officers of the Igud, became the organization’s menahel (director). He soon began to take charge of all facets of the organization on a daily basis, organizing meetings and Seudos Rosh Chodesh and promoting many important projects including his missions to Washington.

He joined Rabbi Pesach Lerner and Assemblyman Dov Hikind on many missions to Eretz Yisrael as well as to the federal prison in Butner, North Carolina, to visit and offer chizuk to Jonathan Pollard. He actively supported and encouraged the holy work of the Igud Beis Din led by Av Beis Din Rabbi Hershel Kurzrock and Rosh Beis Din Rabbi Dov Aaron Brisman.

It was at Reb Gershon’s suggestion that I was nominated as a vice president of the organization. Later, with the passing of Rabbi Abraham Hecht, it was he who suggested that the organization be led by a presidium of which I was chosen together with Rabbi Hanania Elbaz, Rabbi Yehoshua Hecht, and Rabbi Yaakov Spivak.

On the journalistic front Reb Gershon was for many years a regular columnist for The Jewish Press and encouraged and helped initiate our joint Daf Yomi column as a means of harbotzas Torah. Not only will it continue but I will dedicate it l’zecher nishmaso – in his memory.

He attained his position as rabbi of Bnai Israel of Linden Heights, the large shul in Boro Park’s Ninth Avenue neighborhood, in a befitting manner – through an act of chesed. It was after he had involved himself on behalf of the shul’s then-retiring rabbi that the impressed leadership of the shul offered him the position of rabbi.

A grandson of the famed Nita Sorek, Rabbi Shrage Zvi Tannenbaum, zt”l, Reb Gershon was born after the Second World War in a displaced person’s camp in Windheim, Germany. His parents (originally from Mishkolc, Hungary) emigrated to America and settled in Boro Park, where they sent him to Yeshiva Ch’san Sofer. He went on to Mesifta Tifereth Jerusalem, Yeshiva University, and Rabbi Mordechai Goldstein’s Yeshivat Hatefutzot – the Diaspora Yeshiva – in Yerushalayim, where he earned his semicha.

Soon after returning to America he married his dear rebbetzin and eizer k’negdo, Sarah (nee Scheiner), and together they raised a beautiful family: two sons – Rabbi Chaim Tannenbaum and Rabbi Yitzchok Dov Tannenbaum (both of Lakewood, New Jersey) and two daughters – Mrs. Bracha Holzcer of Marine Park, Brooklyn, and Mrs. Malky Haimoff of Kew Gardens Hills, Queens. The family would grow to include many grandchildren.

The loss of Reb Gershon ben R. Moshe Yaakov, zt”l, to his family, his shul, the Igud, and the greater klal due to his myriad communal activities is immeasurable. The personal loss to me – and, of course, to so many others – of such a dear friend is beyond words. 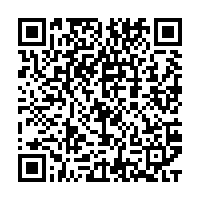