Rebbetzin Sheila (Chava Sarah) Feinstein, a”h, of Staten Island, NY, passed away the evening of August 8 (28 Av), two weeks into a hospitalization that followed a car serious accident. The accident, from which she was originally expected to recover, occurred on July 24. She was 79 years old.

The funeral was held on Thursday morning, August 9, at the Yeshiva of Staten Island. She was buried on Har Hamenuchot in Jerusalem.


Rebbetzin Feinstein was the wife of Rabbi Reuven Feinstein and the daughter-in-law of Rabbi Moshe Feinstein. She was a strong presence at the Yeshiva of Staten Island, officially named the Mesivtha Tifereth Jerusalem of America (MTJ), where her husband has been the rosh yeshiva since it was established in 1966. She was also a valued caregiver to her in-laws, Rabbi Moshe Feinstein and Rebbetzin Shima Feinstein, particularly in their later years.

Although she played valuable supportive roles, Rebbetzin Feinstein was a successful educator in her own right. Initially, she worked as an elementary school teacher in the New York City public school system, later rising to the rank of principal. She taught in that system for decades, and was known for masterfully combining intelligence and stellar middot in a manner that brought honor to the Jewish people.

Subsequently, she brought her skills and experience to Yeshivat Shaarei Torah where she was the general studies principal for the girls’ division. She also filled the role of curriculum advisor for Mesivtha Tifereth Jerusalem’s branch on the Lower East Side. In all her educator roles, she was exceptionally effective and highly respected.

Rebbetzin Feinstein was the daughter of Avrohom and Ita Devorah Kaplan and grew up in the Lower East Side of Manhattan, where she attended the local Bais Yaakov. Her upbringing and early education imbued her with a commitment to a life of Torah, especially significant considering the path away from Yiddishkeit many of her contemporaries took.

In the early 1960s, she married Rabbi Reuven Feinstein, who was already a recognized Torah scholar. Her personal gifts, her self-confidence and certainty about the correctness of her path in life, allowed her to find her own way of contributing to the Yeshiva of Staten Island as a young wife, despite her many personal and professional responsibilities. In particular, she is remembered for attending to the physical needs of the yeshiva’s young students, including their housing and meals.

The stories told about Rebbetzin Feinstein reveal her to have been a strong-minded, educated, and accomplished woman who, nonetheless, excelled in her role as a nurturing wife and mother. In his eulogy, her son, Rabbi Dovid Beinish Feinstein, said, “To read Eishes Chayil, it’s all about you… My mother did chesed shel emes [true acts of kindness] for everybody.”

She was noted for instilling a sense of pride in her young female students, helping them value and appreciate their roles as young Jewish women. She is also remembered for her own command of Torah and for her decades of inspiring young Jews, igniting in them a desire to be close to God.

Rebbetzin Feinstein is survived by her husband, Rabbi Reuven Feinstein, her two sons, Rabbis Dovid Beinish and Avrohom, her two daughters, Rebbetzins Malka Eisenberg and Ahuvah Weiss, and by grandchildren and great-grandchildren. 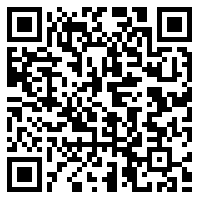