Monday, Tu B’Av (July 22), marked the 23rd yahrzeit of late Rabbi Jacob J. Hecht, a world-renowned communal rabbi and chinuch activist who inspired many with his books and talks. Rabbi Hecht had a unique relationship with the Lubavitcher Rebbe and carried out many important missions and projects at his directive. During his lifetime, he established numerous schools and organizations, with the main goal being to educate the younger generation about their Jewish heritage and to imbue them with Jewish pride.

One of the organizations he headed for nearly 50 years was the Jewish Released Time program under NCFJE – National Committee for Furtherance of Jewish Education – where Rabbi Hecht served as executive vice president. The program – still active today – reaches out to young Jewish children in the Greater New York Area, exposing them to weekly sessions of Jewish learning in a fun and interactive setting. Although the hours are short, the impact can be potentially long-lasting. As former student Moshe Rafailov, now 22 years old, said, “The whole idea of me becoming religious, and the motivation to do so, was imbued in me at the Released Time hour.”


Moshe explained: “I come from a traditional Jewish Bucharian family. We had Shabbat dinners, made Passover seders, and would celebrate many of the other Jewish holidays, but other than that, there wasn’t really much to it. I barely knew what it meant to be a Jew and did not belong to a community, so I did not really connect to it in any way.

“One day, a young woman who happened to be a counselor in my school in Kew Gardens Hills brought up the idea to my parents to enroll me into the Released Time Program…and as the old saying goes: the rest was history.

When asked what inspired him most, he answered: “It was definitely the songs that were incorporated throughout the program, in the prayers, games, and holiday functions. Judaism went from being just a bunch of laws and restrictions to a livable and dynamic experience, and sometimes, even fun.”

Another child deeply affected by his experience at Released Time is Shlomo Goldman. Shlomo is from an all-American family, and grew up in Marine Park, Brooklyn. His parents were non-observant Jews, who were happily content with their religious standards (or lack thereof). One day, as he was leaving public school, Shlomo saw his mother in the school parking lot with a flyer in her hands about Released Time, which commenced the last hour of school every Wednesday. “An hour off of school?” Shlomo thought, “I’m in!”

In turned out, though, that Shlomo was the only one in his area who attended the program and therefore was treated to one-on-one sessions by an energetic young instructor. Shlomo loved the riddles, the contests, and the fun which met him every Wednesday, and loved how “Judaism just became alive.”

One thing led to another, and eventually a Chabad shliach giving Shlomo bar mitzvah lessons in Pennsylvania – where his family later moved – led him to start becoming fully observant.

As a child, Shlomo had entertained dreams of playing professional baseball. Today, he is a teacher and instructor at Released Time and hopes to become a Chabad shliach one day. “I want to be a shliach of the Rebbe, igniting the spiritual spark in every Jew I’ll meet, just as was done for me,” he said.

Over 1,000 Jewish public school children are currently enrolled in Released Time in 75 citywide centers. They are taught by over 200 dedicated instructors. The legacy of Rabbi Hecht is alive and well. 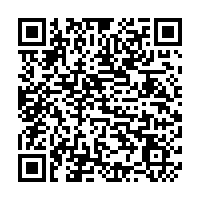