Palestinian Authority President Mahmoud Abbas declared peace talks with Israel over on Wednesday, ending a series of low-level meetings that brought no tangible results despite pressure from the United States, the European Union and the talks’ Jordanian hosts.

The final meeting of five held in Amman between PA representative Saeb Erekat and Israeli representative Yitzhak Molcho broke down over the issue of borders, with the PA insisting on exchanging solid proposals and Israel presenting only maps of areas to be negotiated over in higher-level talks. Palestinians have demanded that the 1967 cease-fire line be considered the border between Israel and a Palestinian state, while Israel has insisted on deviations from that line.

Even before the meeting on Wednesday, PA and Israeli officials declared the talks fruitless, with each side trying to portray the other as the recalcitrant one.

American and European leaders had urged both sides to find common ground on borders, security arrangements and other issues that could set the stage for higher-level negotiations. EU foreign policy chief Catherin Ashton, currently visiting Israel and the PA, stressed European hopes for progress.

Jordan’s King Abdullah II even intimated that failure in the Amman talks would mean worse relations between his kingdom and Israel – possibly including freezing diplomatic ties – in an attempt to pressure Jerusalem.

An official in Jerusalem was quoted as saying that Israel hoped to continue talks with the Palestinians, while Abbas said he would consult with the Arab League on further steps. “We hope that the Palestinians aren’t looking for an excuse to walk away from the table,” the official said. 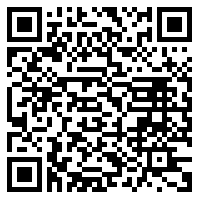