Prime Minister Binyamin Netanyahu and IDF Chief of General Staff Lt.-Gen. Benny Gantz are reported to be locked in a disagreement over the appointment of the next air force commander, with some suggesting a possible strike on Iranian nuclear facilities as the source of the divide.
As the term of Gen. Ido Nechushtan winds down, two men are seen as the top candidates to replace him: Gen. Yochanan Locker, currently the military adviser to the prime minister; and Gen. Amir Eshel, currently the IDF’s chief of planning. One difference between the two, according to the reports, is that Locker is believed to support Israeli air strikes on Iranian nuclear facilities while Eshel does not support such action.
Netanyahu, who has made preventing Iran from obtaining or building its own nuclear weapons a key element of his policy, is said to be aggressively campaigning on behalf of Locker.
Gantz, on the other hand, is strongly opposed to the notion of anyone but him deciding on the appointment. Gantz told the Knesset on Sunday that the appointment of the air force commander was no different than any other appointment in the army, over which the chief of staff is meant to have the final word.
The clash over this appointment has wide-ranging repercussions, not only for a possible future engagement with Iran, but for the Israel Defense Forces as a whole, because changes at the top of several major departments take place all at once, and candidates for one position are often also candidates for others as well. As long as the air force command is unsettled, the race for several other senior posts will also remain unresolved.
Senior military appointments have been mired in controversy more than once in recent history.
Last year, Gantz was named chief of staff last despite Defense Minister Ehud Barak’s staunch support for Gantz’s rival, Gen. Yoav Galant. Documents that showed an ugly smear campaign by Galant, against Gantz, blew up the appointment. They were soon discovered to have been fakes – further embroiling the appointment in controversy – but Galant’s candidacy officially ended when another scandal, over a minor dispute concerning the general’s land holdings, forced him to retire.
In 2005, defense minister Shaul Mofaz decided not to extend the appointment of chief of staff Moshe Ya’alon because the lieutenant-general opposed the plan of prime minister Ariel Sharon to permanently remove troops and settlers from the Gaza Strip. Ya’alon’s successor, Lt.-Gen. Dan Halutz, oversaw the disengagement a few months later. 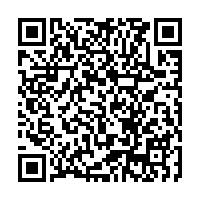