Trump had responded to news of Duke’s endorsement by telling a press conference on Friday that he “disavowed” it, but on Sunday, in an interview on CNN, he refused to do so.


Pressed by CNN’s Jake Tapper about whether he would repudiate Duke and white supremacist groups that are supporting his campaign, Trump replied, “Just so you understand, I don’t know anything about David Duke, OK?”

Trump was pressed three times on whether he’d distance himself from the Ku Klux Klan but never mentioned the group in his answers.

Later on Sunday, after criticism of his remarks flooded the Internet and social media, Trump tweeted, “As I stated at the press conference on Friday regarding David Duke – I disavow.”

In an interview on Monday with NBC’s “Today” show, Trump was asked why he seemed to stop short of disavowing Duke.

He claimed he had difficulty with an earpiece he was wearing for the phone-in interview with Tapper and didn’t want to disavow groups whose identity he didn’t know.

Reaction was swift and sharp from Senators Ted Cruz and Marco Rubio, Trump’s two main rivals in the Republican race.

“We cannot be a party who refuses to condemn white supremacists and the Ku Klux Klan,” Rubio told thousands of supporters in Leesburg, Virginia on Sunday. “Not only is that wrong, it makes him unelectable. How are we going to grow the party if we nominate someone who doesn’t repudiate the Ku Klux Klan?” he added.

On the Democratic side, Senator Bernie Sanders tweeted, “America’s first black president cannot and will not be succeeded by a hatemonger who refuses to condemn the KKK.”

Even before the controversy over Trump’s response to the Duke endorsement, the Anti-Defamation League last week had called on Trump to distance himself from Duke and other white supremacists and publicly condemn their racism.

Trump’s critics have for months been raising the issue of the strong support Trump enjoys among racist groups. The candidate’s response to that support, critics say, has not been nearly strong enough.

“Trump has ‘quote unquote’ repudiated these groups, but only in the most milquetoast way imaginable,” Mark Potok, senior fellow at the Southern Poverty Law Center (SPLC), a nonprofit that monitors hate groups, said in an interview with The Huffington Post.

In December, Rachel Pendergraft, national organizer for the Knights Party, a Ku Klux Klan affiliate, told the Washington Post that Trump’s candidacy had given her group new ways to recruit people.

“One of the things that our organization really stresses with our membership is we want them to educate themselves on issues, but we also want them to be able to learn how to open up a conversation with other people.”

Trump’s candidacy, she said, offers her members an opportunity to speak to others about their views. 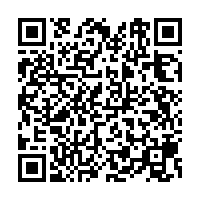