There’s an old Jewish custom to put out seeds or popcorn for the birds on the morning of Shabbat B’shalach, in a show of gratitude for the way they rescued Moses’ reputation more than 3,000 years ago. Needless to say, one must heed the laws of Shabbat when keeping this custom, and if your neighborhood does not have an eruv, you shouldn’t do it.

Also, the Aruch HaShulchan 1:324:3 says, “Some are angry that the custom on Shabbat Shira of throwing wheat seeds before birds for whose feeding you are not responsible (which is prohibited on Shabbat). But it appears to me that a Jewish custom is tantamount to Torah, and, in effect, we don’t toil for the birds’ sake but for our own, because the multitudes know that the birds sang on the sea [together with the Israelites] for which we are grateful, therefore the aim of the custom is to recall the joy of Shirat Hayam (song of praise after crossing the sea of reeds) … and since this is for the sake of a mitzvah, it permitted.”


But, other than thanking the birds for singing the praises of God on the sea, the custom also stems from the following verse: “It happened on the seventh day that some of the people went out to gather, and they did not find.” (Ex. 16:27)

After Moses told the Israelites that the manna would not fall on Shabbat, two of the scoundrels we meet often in the Torah and in midrashim such as this one, Datan and Aviram, decided to humiliate Moses by “proving” the manna fell on Shabbat as well, thus suggesting the manna was not a miraculous gift from God to the children of Israel, but merely a natural phenomenon that occurs regularly in the desert.

On Friday, they gathered not just double the amount of manna as Moses had instructed, but a lot more than that, and early Shabbat morning they sneaked out and scattered the extra manna on the ground. Then they rushed back to the camp and urged their neighbors to come with them and see that Moses had been lying to them, and there’s manna on the ground just like any other day.

Except that the local birds came and ate all the manna on the ground before the children of Israel arrived to inspect the place, saving Moses from being shamed and keeping intact the message of the divine miracle.

The custom teaches us about gratitude, or, rather, about the scope of gratitude. After all, we don’t have a source that suggests the arrival of the birds just in time was miraculous in itself. It was breakfast time, the birds found something nice to feast on, so they did. Why should we thank them for the fact that Moses benefited as a result of their natural behavior?

Because gratitude is not based on whatever was on the mind of the person helping us, but based on the benefit we received. In that sense, it really makes no difference whether it was a miraculous, flying chariot that brought us to work on time, or a city bus. We should express our gratitude either way.

Many spiritually inclined people write daily gratitude lists, giving thanks for the seemingly most mundane things: their spouse, their children, the fact that their over easy egg came out just the way they like it. Many people email one another their gratitude lists. It turns out that where’s there’s more gratitude there’s often less attitude.

We have an eruv in our city, and so in a few minutes we’re going to throw a bag of popcorn in the microwave, and on Shabbat morning line them up on our porch and close the sliding glass windows so the cats won’t get their gratitude mixed with the birds’. 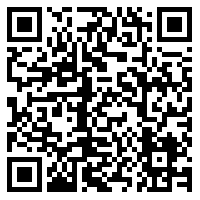