The tragedy of Israeli deaths in the recent Istanbul suicide bombing generated at least a brief moment of solidarity between the Jewish state and Turkey as the two countries seek to confront the mutual threat of Islamic terrorism emanating from Syria.

On what had been a calm Saturday morning in Istanbul’s popular Istiklal Avenue shopping district on March 19, a suicide bomber pierced the morning air with a ringing explosion that killed four people – three Israeli citizens and an Iranian national – and injured 39.


While initial reports were quick to blame the Kurdistan Workers Party (PKK), a Kurdish militant group fighting the Turkish government for an independent state, it was later determined that the bomber, Mehmet Ozturk, was a Turkish citizen affiliated with the Islamic State terror group.

Additional reports indicated the terrorist likely followed the Israeli tourists from their hotel to a restaurant, then waited for them to finish eating before blowing himself up.

In the immediate aftermath of the attack, Turkish leaders, including President Recep Tayyip Erdogan and Prime Minister Ahmet Davutoglu, both of whom have indulged in anti-Israel rhetoric – were quick to send condolences to Israel.

“I want to send my deepest condolences to the Israeli people and the families that lost their loved ones in this traitorous attack in Istanbul, as they were visiting the city and wanting to get to know our culture better,” Erdogan wrote in a letter.

“I want to express my condolences to the families of Israeli citizens who lost their lives in the despicable attack and to the people of Israel, and I wish the injured a speedy recovery,” said Davutoglu.

Meanwhile, Erdogan’s AKP political party also took the unprecedented step of expelling a low-level official, Irem Aktas, for tweeting that she “wished that the wounded Israeli tourists were dead.”

On March 23, the good will continued when Israeli President Reuven Rivlin phoned Erdogan to thank him for the condolences. Erdogan responded by reiterating that he felt “deep sadness” for the Israeli victims, adding that Turkey is “ready to cooperate with Israel against terrorism.”

In addition, Turkish authorities permitted Israel to land military aircraft in Turkey to bring home Israel’s killed and wounded victims, a move that would have been unheard of in recent years at the height of Israeli-Turkish tensions.

Dore Gold, the director general of Israel’s Foreign Ministry, visited Turkey to tour the scene of the Istanbul attack. Gold said, “There is no doubt that the Turkish authorities did the maximum to help Israelis who were in distress and remove the bureaucratic barriers that normally exist after such events.”

Louis Fishman, an assistant professor of history at Brooklyn College who has lived in Turkey and writes about Turkish-Israeli affairs, said he believes the recent attack can “absolutely be an opportunity for both countries to build relations.”

“Israel was able to fly in army planes and Israeli soldiers were on Turkish soil, which you haven’t seen in a very long time,” Fishman told JNS. “It s almost like they snapped back into how they used to work together many years ago.”

Yet despite the recent glimmerings of a thaw between Turkey and Israel, overcoming years of rampant anti-Semitic and anti-Israel rhetoric by Turkish leaders, as well as fundamental disagreements over Israeli policies toward the Palestinians, might be a difficult task.

Turkish-Israeli relations broke down following the 2010 Gaza flotilla incident, in which Israeli commandos boarded the Mavi Marmara, which was attempting to break the blockade of Gaza. After militants attacked the Israeli commandos, nine Turkish citizens were killed in clashes. In 2013, at the request of President Obama, Israeli Prime Minister Benjamin Netanyahu apologized over the phone to Erdogan for the flotilla incident. 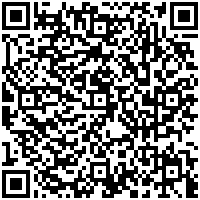