Israel Police thwarted a terrorist attack in the Sharon region, it was announced this weekend.

A resident of the Palestinian Authority city of Tulkarem was arrested near the community of Tzur Yitzhak, near highway 444, after infiltrating into Israel through the security fence.


The suspect was caught after a search by Israeli forces in response to a report of a “suspicious person” in the area.

The 19-year-old suspect was found to be carrying a knife, a rock and a letter to his mother describing his intention to carry out a terror attack in Israel.

“The suspect was initially detained for 96 hours for security offenses and was transferred for questioning under the direction of the central police unit in the Central District, where he will later be arraigned with a request to extend his remand until sentencing,” Israel Police said in a statement.

The suspect was transferred for interrogation by police at the Central District Unit together with agents of the Shin Bet domestic intelligence agency.

In a related development, Gaza’s ruling Hamas terrorist organization is threatening a “dangerous escalation” in hostilities with Israel, if Jews are allowed to ascend the Temple Mount on Sunday.

Local Arabs are making “Nakba Day” (Catastrophe Day) on Sunday, a day on which Arabs lament the establishment of the Jewish State.

Hamas threated that “breaking into the Al Aqsa Mosque on Nakba Day with Israel’s approval is a dangerous escalation that plays on the feelings of the Palestinian people and the Arab nation, pushing a clash for which Israel will bear responsibility.”

Alongside the threat, Hamas called on Muslims to arrive Sunday en masse at the site, one of the holiest in the Jewish faith, and third holiest in Islam. 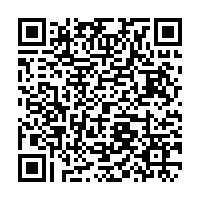