Young children at a kindergarten in the southern Israeli city of Kiryat Gat who were happily playing in the playground at school suddenly began screaming and crying when they spotted a cluster of white balloons way up in the sky at quite some distance away, but obviously closing in fast.

Kudos to their teachers who did not lose their cool for even a second, and began briskly moving their small charges straight into the classroom.

“Let’s go, come on, inside,” they said in firm but not unkind voices that could clearly be heard above the shrieks of the children, some of whom were screaming, “Balloon! Balloon!”

Everyone got in safely.

Israel Police were contacted and a bomb squad was summoned to track the flyer to its landing point and defuse the explosive that was attached to the balloons.

Similar balloon bombs have been flying around the southern region all through the week; they have touched down as far north as the Ashkelon Beach district, Be’er Sheva and Lachish, among other locations. 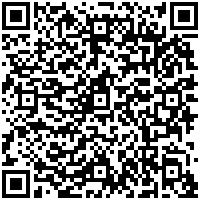