The Duma village arson attack was the firebombing of a PA Arab family’s home on July 31, 2015, which resulted in the death of three people. In December 2015, Amiram Ben Uliel was among the usual suspects who were picked up by the Jewish section of the Shin Bet. He was not allowed to see an attorney and was subject to constant interrogations in the Shin Bet dungeons for 17 days – but he refused to confess, despite the horrible conditions of his incarceration, which included dumping him among violent criminals in Akko prison.

As Shin Bet interrogators concluded that they would never crack their suspect, they were also woefully aware of the fact that in four days, when Ben Uliel’s incarceration reached 21 days, they would have to let him go. And so, the Shin Bet decided the only way to extract a confession from their victim was by using torture (“special means” in Israeli legalese). They received the express approval of then-Attorney General Yehuda Weinstein and then-Supreme Court Justice Yoram Danziger. The reasoning for the use of torture to extract a confession in “the only democracy in the Middle East,” was that Ben Uliel was a ticking time bomb.

Now, mind you, the arson of which Ben Uliel was suspected took place on July 31. The decision to start torturing him was reached in mid-December. That’s some ticking time bomb…

Earlier this week, Prof. Robert Aumann, an Israeli-American mathematician who teaches at the Center for the Study of Rationality at the Hebrew University of Jerusalem, and is the 2005 recipient of the Nobel Prize in Economic Sciences for his work on conflict and cooperation through game-theory analysis, sent a heartfelt letter to Supreme Court President Justice Esther Hayut, asking her to prevent Israel’s descent into a police state and reconsider Ben Uliel’s verdict that was given under torture.

The Supreme Court is expected to rule on Ben Uliel’s appeal for another hearing, before an expanded panel of judges, on the admissibility of confessions obtained through torture. The petitioners, attorneys Avigdor Feldman and Yehoshua Reznik, told the court that “at the center of the verdict arises the question that has haunted Israel’s legal system for many years: the authority of the Shin Bet to use violent, torturous, and painful interrogations to extract information from those being investigated who are suspected of serious crimes against state security.”

“I am writing to you because you are the only one who can undo a terrible injustice,” writes Nobel prize laureate Prof. Robert Aumann. “But even more importantly, you can save Israel from becoming a police state.”

“The Supreme Court was asked to discuss again the case of Amiram Ben-Uliel, a young Jewish man who was sentenced to more than three life sentences for a murder that was never proven to have been committed by him. His conviction was based solely on a confession obtained from him under torture. The district court and the Supreme Court have ruled that his confession is admissible as evidence. Although I am not a lawyer, it seems to me that there is no justification for the use of torture to extract confessions in a democratic country,” the math professor told the chief justice.

Remember how the Israeli Supreme Court has been declaring its stance to protect against the new government’s intent to violate people’s human rights? Prof. Aumann reminded Justice Hayut of the Universal Declaration of Human Rights, which was proclaimed by the United Nations General Assembly in Paris on December 10, 1948 (General Assembly resolution 217 A), as a common standard “for all peoples and all nations.”

Article 5 of that resolution reads: “No one shall be subjected to torture or to cruel, inhuman or degrading treatment or punishment.” Not even strange-looking settlers with helmet-shaped knitted yarmulkes and long earlocks.

“Furthermore, there is no justification for the use of torture to extract a confession in any country in the world, democratic or not, as long as one wants to get to the truth,” the professor lectured the judge, explaining: “A confession obtained under torture has nothing to do with the truth. The accused confesses because he cannot bear the torture, regardless of whether he committed the crime or not. Indeed, this is the purpose of torture – to extract a message from the accused, no matter what.”

“If you’re not really interested in the truth, but simply want a conviction, then torture is indeed the perfect way to reach your goal,” Aumann hammered on. “As children, we learned that this was how ‘justice’ was done in the darkest days of the Middle Ages. It is hard to believe that this is also done in the ‘enlightened’ state of Israel in the twenty-first century. It is difficult to comprehend that in its decision of September 1, 2022, the Supreme Court refused to address the issue of torture altogether. The three judges also refused to address the question of whether the confessions extracted from Ben Uliel under torture should be accepted as evidence. They ruled that ‘there is no doubt that it was he who committed this terrible act,’ without any real evidence.”

“The defense requested that an expanded panel of Supreme Court judges review Ben Uliel’s appeal. You have an opportunity here to reverse September’s unfortunate decision and reaffirm the need to protect human rights and strive for the truth. The Torah calls on judges not to be afraid––neither of powerful defendants nor of rulers––in doing justice. Without reversing this ruling, Israel will be the only country in the world that officially authorizes torture in obtaining a confession.

“Honorable President, you have the power to prevent us from degenerating into a police state. It should be made clear to the Shin Bet, the police, and the prosecutor’s office that they will have to investigate and collect evidence – and refrain from torturing detainees to extract their confessions,” Aumann concluded.

I would hang this letter right next to the Magna Carta and the US constitution.

I would also drag former Attorney General Yehuda Weinstein and former Supreme Court Justice Yoram Danziger to court for violating the human rights of Amiram Ben Uliel. I would add former Defense Minister Moshe Yaalon and who knows how many sniveling cowards in the state prosecution and the courts. 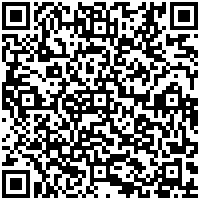