The United States and Israel made history last week, signing the largest ever military assistance package between the two allies.

“I think it is a message of deterrence to Israel’s enemies in the Middle East,” David Makovsky, a former U.S. senior adviser on Israeli-Palestinian negotiations, told JNS.


“Whatever U.S.-Israel policies differences there have been over the past several years, there now is a rock solid long term commitment to Israel’s security. There’s no adversary in the Middle East that has a commitment in advance of $38 billion dollars in support.”

“This unprecedented agreement will ensure Israel maintains a strategic military edge over the next decade, which is the largest military aid package ever given to any other nation,” said Israeli Prime Minister Benjamin Netanyahu.

Conference of Presidents of Major American Jewish Organizations Executive Vice Chairman and CEO Malcolm Hoenlein said the agreement “sends an important message to the entire region of the Middle East of the enduring strength of the U.S.- Israel special relationship.”

“It underscores to those who have tried to portray a fraying in the fabric of the relationship that the two countries have the strongest security and intelligence cooperation and an enduring commitment to mutual support,” he said.

While the aid package was widely praised by Israeli and American leaders, it includes a number of notable changes from the existing military aid agreement that may fuel questions over the deal.

Previously, Israel obtained additional funding for its missile defense program on an ad hoc basis from Congress. Under the new agreement, this funding, roughly $5 billion, will be included in the agreement and committed toward missile defense assistance, therefore eliminating Israeli lobbying with Congress.

It also includes an end to Israel’s ability to use the military aid within its own defense industry and to lobby Congress for additional funding for its missile defense program.

Makovsky believes it was important for Netanyahu to enter the agreement with Obama to bolster the bipartisan consensus on Israel.

“For Netanyahu, this was important to have this is done under Obama’s signature,” said Makovsky, who serves as distinguished fellow and director of the Project on Middle East Peace Process at the Washington Institute for Near East Policy. “People question bipartisanship when it comes to the U.S.-Israel relationship and here you have a liberal Democrat president who’s signing off on ten more years of military support for Israel.” 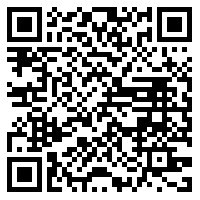