Late Wednesday, Miami-Dade County Mayor Daniella Levine Cava announced that two more bodies have been recovered in addition to four others pulled from the rubble earlier in the day as search and rescue crews continued their increasingly desperate efforts to find survivors of last week’s condo building collapse in Surfside, Florida.

The IDF Home Front Command delegation continues search and rescue operations at the site of the Surfside building collapse pic.twitter.com/1lMglU6drz


Miami-Dade County Assistant Fire Chief Ray Jadallah told family members in a private briefing early Wednesday that the four latest bodies have not yet been identified, and next-of-kin not yet notified. In addition to the four, crews also found other human remains, Jadallah added.

Wednesday’s discoveries bring the current death toll to 18 at the site, with another 145 people still missing. Levine Cava said 141 people have been accounted for.

Israeli Team Treating Those Trapped as Living
Members of the Israeli search-and-rescue team who arrived Monday to help with the effort were working on their hands and knees this week, scrutinizing a small section of the pancaked rubble to try and locate anyone still alive.

The Israelis are also using shovels, pickaxes and saws when necessary to free up debris, which they place in buckets for transfer to a metal construction bin that was periodically being lifted away from the site by a crane.

IDF Colonel Elad Edri, deputy commander of the IDF Home Front Command’s 10-member delegation of reserve officers – all of whom are top experts in engineering — told reporters Wednesday at a news briefing, “We still believe that there are survivors and we are working to rescue them. We’re treating those trapped as still living.”

Edri said the hour of the collapse increased the likelihood of more victims. “If it had happened during the day, 60 percent of the people would not have been in the building,” Edri observed.

IDF Team Mapped Strategy Before Leaving Israel
IDF Col. (res.) Golan Vach, who is heading the delegation, told the Reuters news agency the disaster is “one of the most complicated and difficult situations I have ever seen.”

Nevertheless, Vach said Tuesday there is still hope of pulling people out alive.

Before leaving Israel earlier this week, the IDF National Rescue Unit built a computer-generated 3-D model of the building. The engineers then combined that model with information from the families of the missing, to determine where the occupants would most likely have been when the building collapsed, he said.

The engineers then virtually “smashed” their model, Vach said, to create the situation that exists on the ground and provide information for rescuers on where to direct the search.

The Israeli team also used satellite imagery to digitally map the collapse, with units labeled in the digital imagery as it collapsed – and which they have shown to families at the reunification center.

The team also interviewed relatives of the missing to map out, as far as possible, the location of the relevant apartments and identify belongings found in the rubble. Interviews with relatives “teach us where to direct people in the search,” Edri said.

“There are minor chances [of finding survivors] but I would not say there are no chances,” Vach said. “Every day we find new spaces, new tunnels and we get into the site from below, from the side, from above. We are trying to find new places to penetrate.”

‘Sometimes We Cry’
But even the strongest person has a limit; the 12-hour shifts bring with them an emotional toll as well as a physical challenge, Vach said.

“Sometimes we cry. It’s natural. We talk every night with all the people (involved in the search and rescue effort) and we share,” he said.

“It gives us strength. It’s our job.”

Hundreds of Jewish and other locals are also doing what they can to give the search and rescue crews more strength.

Locals Supporting the Effort
Hundreds of Jews gather each day at The Shul of Bal Harbour, located close to the site. The synagogue has been the locus of daily prayers that survivors will be found as well as infusions of food, water and emotional support for the searchers. The Shul is also the center of a fundraising effort that has brought in hundreds of thousands of dollars to help the survivors and those living in the condo’s sister building.

“There’s no rationality nor level of human intellect that can, in any way, encompass the enormity of what has happened here in Surfside,” Rabbi Sholom Lipskar, founder of The Shul, said Tuesday, adding that his message was the same both for relatives of those who were killed, and those still waiting to learn the fate of their loved ones: “Believe in the soul, which is eternal and has a home outside of this world.”

One politician tweeted an invitation for those on site to send him a direct message if they need water or food. “Please ask!!” Senator Jason Pizzo wrote.

If you’re on site in #Surfside, and need water or food, please do not be shy about sending me a DM. Almost everyone – rescuers, volunteers, media and agency staff have been truly amazing, and many are trying to be so respectful that they’re not asking for help. Please ask!!

A young boy who lives nearby stood near the site to hand out candy to first responders and firefighters involved in searching the rubble.

This is what makes this country so incredible…#HEARTWARMING: A young #boy who lives near the #destruction of the #SurfsideBuildingCollapse is seen handing out #candy to #firstresponders & #Firefighters #Forida #Surfside #Video #miamicollapse #MiamiDade pic.twitter.com/AgCvnNTn3U

Next Question: What Caused the Collapse?
Survivors and relatives of those missing and dead have all been wondering and worrying about the cause of the collapse.

#BREAKING: I wonder if last weeks test has anything to do with this morning’s building collapse in #Surfside “The Navy releases footage of the “experimental explosion” that registered as a M3.9 earthquake during a “shock trial” off the coast of Florida”. pic.twitter.com/gAqtDUbeId

Several have asked whether a “shock trial” of an explosive last week off the coast of Florida, that registered as a 3.9-magnitude earthquake, could have had anything to do with the building’s collapse.

Some are asking about a possible sinkhole in the area of the pool that several survivors said they noticed just before the building collapsed.

Ten minutes before the Surfside building collapsed, a resident saw the pool deck partially collapse into the underground garage, and she ran from the building with her kidshttps://t.co/1KXcebSLQ2 pic.twitter.com/fCe3A5gpzA

Others are talking about eyewitness reports from people who said they heard several loud “booms” before the collapse.

Miami-Dade county found 41 buildings in the Surfside area that were past due on their required 40-year recertification.

24 of those buildings have been deemed technically "unsafe structures" but inspectors did not immediately find any major structural concerns. https://t.co/UCVsS8gWX1

Each possibility is being considered and explored, officials said.

Solidarity Wherever Possible
In solidarity, Miami Beach has canceled its Independence Day fireworks celebration. “It’s respectful – this was a tragedy,” said a Surfside resident.

A moment of silence was held Tuesday in the nation’s House of Representatives for the victims of the collapse; the event was led by Republican and Democratic members of Congress.

Levine-Cava has also announced that Florida Blue, in partnership with New Directions Behavioral Health, is offering a free bilingual grief counseling hotline over the disaster for anyone who needs emotional support in the wake of the tragedy. (Call 833-848-1762.)

Mexico has sent its famous “topos” (moles) search and rescue team to #Miami to help in the search at Surfside. They’re extremely experienced with collapsed buildings from earthquakes and among the world’s best pic.twitter.com/kgtoN9ucOJ

As the search for survivors moves into its seventh day, Miami-Dade County Emergency Office spokesperson Charles Cyrille told NBC Miami that 900 workers from 50 federal, state and local agencies are working “seamlessly” in the search.

Rescuers from abroad are interfacing with those workers to keep the effort consistent.

Crews are picking through the rubble, lifting and carefully removing heavy pieces of concrete and twisted pieces of metal – some of which are being lifted out by a crane – as they hunt for those air pockets where people might have survived.

New Problem Complicating the Effort
Rescuer efforts have also been interrupted several times for weather fronts moving through the area.

Late Tuesday afternoon those on the pile heard a horn – for a second time that day – signaling the approach of a thunderstorm, with lightning and the need for workers to temporarily evacuate.

Officials have also expressed concern about two possible storms on their way to the area that could delay rescue efforts for a day or longer. 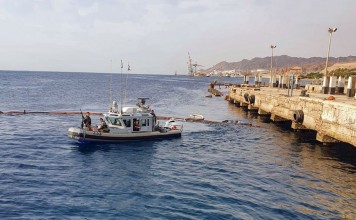 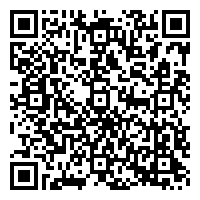