A chemical fire and leak broke out Thursday in the wake of that Category 4 hurricane that devastated southwestern Louisiana along the Texas border overnight Wednesday,sending thousands of residents into ‘lockdown.’

By midday Thursday, the residents of Lake Charles, Louisiana and communities to the north were contending with the aftermath of the storm and its damage, when a chlorine leak broke out, followed by a blaze at the BioLab plant in Westlake. Thick plumes of dark smoke were seen rising into the sky and floating lazily towards nearby neighborhoods and other buildings in he area.


“If you are in the Westlake/Moss Bluff/Sulphur are, shelter in place, close your windows and doors, and TURN OFF YOUR AIR CONDITIONING UNITS,” wrote Louisiana Governor John Bel Edwards in an urgent tweet. “There is a chemical fire. Stay inside and wait for additional direction from local officials.”

Governor of #Louisiana urging residents in Westlake/Moss Bluff/Sulphur area to shelter in place, close windows and doors and to turn off AC units. #HurricaneLaura2020 https://t.co/WravYflM7O

The fire, which broke out at a chemical plant in Westlake, sent smoke rolling north across Interstate Highway 10, blocking emergency officials from reaching the area. The factory produces pool and spa chemicals.

The Category 2 hurricane, now packing winds of 110 miles per hour, Hurricane Laura, made landfall as a ferocious Category 4 hurricane at around 1 am local time Thursday in southwestern Louisiana. The storm is now crawling north at around 15 mph.

Hundreds of thousands of people have already been left without power, according to ABC News – more than 75,000 customers in Texas and more than 306,000 in Louisiana.

The Jewish Community Center of Houston closed early on Wednesday and sent out a notice to members advising that all its facilities would remain closed Thursday, at least through early afternoon. An update would be sent out for Friday, the notice said.

Two days earlier, Jewish community networks throughout the Louisiana and Texas area were sending out notices and updates to remind members to “send gift cards so families can replace items damaged in the storm, assist with livestreaming service . . . and be clear ahead of time who has responsibility for taking the Torah out of the building if warranted.”

The hurricane came ashore in the town of Cameron, near the Texas border just a few days before the 15th anniversary of Hurricane Katrina, which made landfall as a Category 3 storm. Hurricane Harvey had also devastated the area just three years ago.

Storm surge waves averaged between nine to ten feet high.
According to a CNN meteorologist, Laura now joins an elite group of hurricanes in becoming of the top 10 most dangerous since records were kept in 1851.

Over half a million people were ordered to leave their homes under a mandatory evacuation order; the governor of Louisiana activated the state’s entire National Guard.

Lake Charles is just east of Beaumont, Texas – a town especially significant because, according to Matt Gutman of ABC News’ “Nightline” program, “most of the country’s jet fuel is here.”

Beaumont is home to 55 percent of national strategic oil reserves. There are some of the biggest refineries in the country here. Most of the country’s jet fuel is here. As the sheriff told me here . . . if this area gets impacted, the entire country is going to feel it. 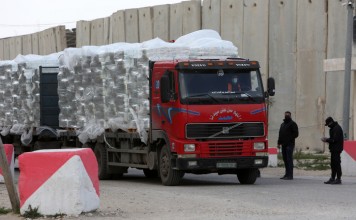 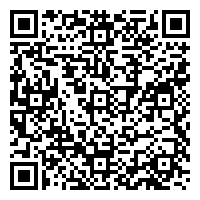