The Jewish death toll in the Highland Park mass shooting has risen from two to four, and a two-year-old toddler has become an orphan.

Irina Levberg and Kevin McCarthy, parents to little Aiden, were among the seven people who were murdered at the community’s Fourth of July Parade on Monday. The little boy was found wandering the street after the shooting, bloody and alone. The strangers who found him enlisted the community to help find his family by sharing the little boy’s photo on social media. Aiden was eventually brought to his grandparents.

We are utterly heartbroken to report the toddler who was separated from his parents in yesterday’s Highland Park shooting is now an orphan.

Both parents – Irina Levberg and Kevin McCarthy – were amongst the 7 victims of yesterday’s mass shooting. pic.twitter.com/iwLtgRhnwT

In addition to Irina Levberg (McCarthy), 35, Jewish community members who were killed included synagogue staffer Jacki Sundheim, 63, Dr. Katherine Goldstein, 64, and Stephen Strauss, 88. Among the seven victims was a dedicated synagogue worker and a grandfather watching the parade from his wheelchair, as well as Aiden’s two parents.

6 of the 7 victims from yesterday’s mass shooting in Highland Park have now been identified:

May their memories be a blessing.

Highland Park, a suburb of Chicago, is home to a large Jewish community that includes many Israelis and the national headquarters of a Jewish political action committee (PAC).

An additional 46 people were wounded in the attack, most residents of Highland Park, with many still hospitalized with gunshot wounds. The shells of 83 bullets and three ammunition magazines were found on the rooftop from where the suspect picked off his victims.

Visited Local Chabad Synagogue
Chabad-Lubavitch emissary Rabbi Yosef Schanowitz, who serves as co-director with his wife Michla at Chabad of Highland Park, told reporters that he had seen the suspect before.

“In the spring of 2022, an individual who matches the description of the shooter briefly visited the synagogue,” Schanowitz said in a statement after images of the suspect began circulating.

“He entered wearing a yarmulke yet seemed out of place. Upon arriving, he was greeted by our security team, which includes off-duty police officers, and licensed and trained congregants, who observed him throughout. A short while later he departed without incident. We are, of course, working with law enforcement to help advance their investigation.”

Crimo Confesses to Slaughter, Mulled Another
Robert “Bobby” Crimo, 22, has confessed to police investigators that he carried out the shooting, prosecutors said Wednesday according to USA Today.

Crimo told investigators that he also contemplated carrying out a second shooting at an event in Madison, Wisconsin, where he fled after his rampage in Highland Park. He was arrested after being spotted upon his return to Highland Park.

A job well done by the North Chicago Police Officer who located the individual wanted for the tragic mass shooting in Highland Park and alerted additional units to help in the apprehension.

The DEA sends prayers to the victims and families affected by this senseless violence. pic.twitter.com/lkc1SmmEKk

“He seriously contemplated using the firearm he had in his vehicle to commit another shooting,” Lake County Major Crime Task Force spokesperson Christopher Covelli told reporters.

Five Weapons Ready and Waiting
Authorities say that Crimo legally purchased five firearms, including the high-powered rifle “similar to an AR-15” he used to slaughter paradegoers in Highland Park on the Fourth of July, despite a checkered past.

In addition to the rifle he used from the rooftop, one of Crimo’s weapons was found in his car and the others were seized at his father’s home.

History of Violence
Police said they had been called to his home at least twice in 2019 in response to complaints about threats of violence and suicide. In September of that year, Crimo threatened “to kill everyone” in the house.

Police confiscated 16 knives, a dagger and a sword from Crimo’s home that September. Just five months earlier, police had responded to a reported suicide attempt, according to USA Today.

Federal agents who reviewed Crimo’s internet history said he had researched mass killings and had downloaded photos of violent acts – including a beheading – according to a law enforcement official who spoke with The Associated Press on condition of anonymity.

Faces Life in Prison if Convicted
Crimo is being held without bail.

He was charged on Tuesday with seven counts of first-degree murder, and prosecutors say more charges could follow.

Rinhart noted that if he is convicted, the suspect faces a mandatory sentence of life in prison without parole. 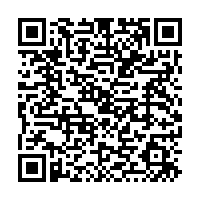