There are more people in America who identify themselves as Jews than you may have thought – an estimated 6.8 million, according to a new study. But a growing proportion of them are unlikely to raise their children Jewish or connect with Jewish institutions.

The proportion of Jews who say they have no religion and are Jewish only on the basis of ancestry, ethnicity or culture is growing rapidly, and two-thirds of them are not raising their children Jewish at all.

The numbers come from the Pew Research Center Survey of U.S. Jews, a telephone survey of 3,475 Jews nationwide conducted between February and June and released on Tuesday.

The population estimate, released Monday, comes from a synthesis of existing survey data conducted by the Steinhardt Social Research Institute and the Cohen Center for Modern Jewish Studies at Brandeis University.

While the Steinhardt/Cohen study, called “American Jewish Population Estimates: 2012,” is likely to be a matter of some debate by demographers and social scientists, it is the Pew study that offers an in-depth portrait that may influence Jewish policymaking for years to come.

Among the more notable findings of the Pew survey:

• Far more respondents said having a good sense of humor was essential to their Jewish identity than observing Jewish law – 42 percent compared to 19 percent.

• Approximately one-quarter of Jews said religion is very important in their lives, compared to 56 percent among Americans generally.

The Pew study is the first comprehensive national survey of American Jews in more than a decade. The last one, the 2000-01 National Jewish Population Survey (NJPS), was conducted by the umbrella organization of North American Jewish federations and counted 5.2 million Jews, including children. But critics said that study’s methodology was flawed and undercounted American Jews.

Because of the differences in methodologies between the new surveys and the NJPS, the increased number of U.S. Jews likely overstates any actual growth.

Among Jewish denominations, the Reform movement remains the largest: 35 percent of respondents identified as Reform, according to the Pew study. The second-largest group is Jews of no denomination (30 percent), followed by Conservative (18 percent) and Orthodox (10 percent).

As with other studies, the Pew study found that the Orthodox share of the American Jewish population is likely to grow because Orthodox Jews tend to be younger and have larger families than Jews generally. In addition, while past surveys showed about half of respondents raised as Orthodox were no longer Orthodox, the Orthodox retention rate appears to be improving, with just a 17 percent falloff among 18- to 29-year-olds.

Among inmarried Jews, 96 percent are raising their children as Jews by religion (as opposed to ethnicity), compared to 45 percent among intermarried Jews.

On Jewish observance, some 70 percent of respondents to the Pew survey said they participated in a Passover Seder in 2012 and 53 percent said they fasted for all or part of Yom Kippur that year. About 23 percent said they always or usually light Sabbath candles, and about 22 percent reported keeping kosher at home. 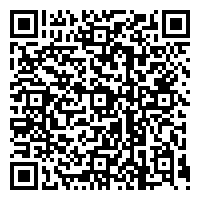