New York Congresswoman Alexandria Ocasio-Cortez (“AOC”) has allegedly withdrawn from an event to be held Oct. 20 by the Americans for Peace Now set to commemorate former Israeli Prime Minister Rabin. Peace Now, a notably leftist organization says it has not received any notice of withdrawal from the Congresswoman. 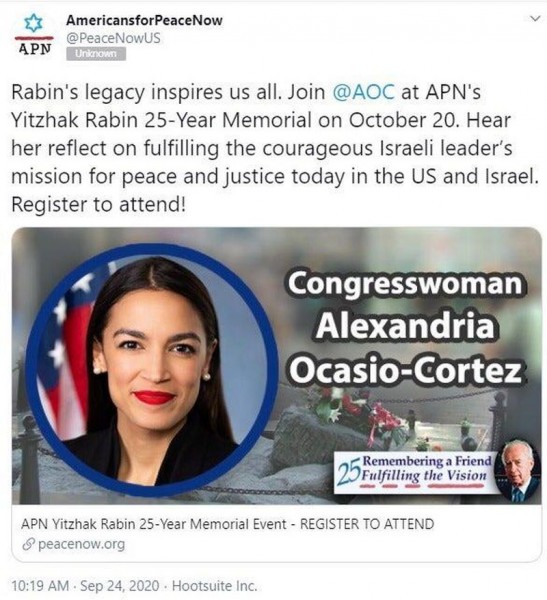 
According to freelance journalist Alex Kane, who writes for +972 and other leftist publications, the decision is final.

A spokeswoman for AOC told me this: "I can confirm she won’t be participating in the event." That's official confirmation she is withdrawing from the Rabin memorial.

According to Kane, AOC’s office did not, in fact, provide a reason for the reversal, other than to point to her tweet contending the event had been presented to her team differently than it is now being promoted.

But AOC’s alleged subsequent decision to pull out followed a firestorm of criticism from Palestinian Authority Arabs and pro-PA advocacy groups. Apparently even the Americans for Peace Now organization has become too right-wing for the anti-Israel crowd.

Some news on what @AOC meant in her tweet: Source told me that @PeaceNowUS framed event as focusing on Oslo and Rabin, and APN wanted her to speak on her Congressional work on the issue. It wasn't framed to her as a Rabin memorial. That's why she canceled. https://t.co/a8jEvDjuUb

The pro-Palestinian Authority organization “Adalah” likewise tweeted Saturday that AOC had officially withdrawn from the event.

It's official. @AOC has withdrawn her participation from an event memorializing Yitzhak Rabin. His legacy is one of violence and dispossession for Palestinians. Thank you AOC for listening to the lived experience of the Palestinian people.

The group even went so far as to thank the lawmaker for “doing something so simple, yet radical, by listening” to them, contending it’s been their “life experience to be erased as Palestinians “ and to have their “stories and narratives minimized and distorted.”

Rabin was assassinated November 4, 1995 in Tel Aviv by a Jewish Israeli named Yigal Amir at the end of an anti-violence rally organized to support the internationally-recognized Oslo Accords. 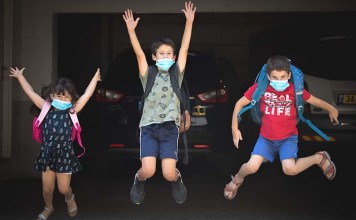 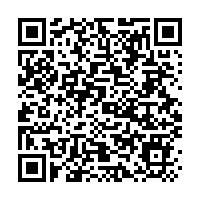