A US District Court judge in Albany has ruled that state and city COVID-19 orders limiting religious gatherings to a quorum of ten were — and are — unlawful, in view of the massive George Floyd “protests” that took place across the State of New York.

Judge Gary L. Sharpe wrote in the decision he handed down on Friday that as long as congregants adhere to the guidelines laid out by health professionals — staying six feet apart (social distancing), wearing a face mask outside the home and maintaining proper hygiene by using hand sanitizer (alcohol gel) — Governor Andrew Cuomo, Attorney General Letitia James and New York City Mayor Bill de Blasio were “enjoined and restrained … from enforcing any indoor gathering limitations against plaintiffs greater than imposed for Phase 2 industries, and from enforcing any limitation for outdoor gatherings.”

Sixteen Executive Orders were reviewed in the course of the proceedings and were included in the discussion of the ruling handed down, in addition to a transcript of Cuomo’s response on June 4 to a reporter at a news briefing who asked about allowing attendance at a high school graduation ceremony, given the massive crowds marching through city streets to protest the killing of George Floyd, immediately followed by his humble thanks to the protesters and expression of open support.

When asked how he is able to justify opening a patio for outside dining, but will not allow high school graduation ceremonies with social distancing, Governor Cuomo answered: “What difference does it make? . . . The issue is a public health issue and you don’t want people sick and dead. . . . It’s about death, it’s about balancing the risk versus the reward, balancing the desires and wants versus the consequences.” (Id. at 151-52.)

During this same press briefing, Governor Cuomo also stated, “I want to thank the protestors. . . . I stand with the protestors on the point that we need meaningful reform.”

Judge Sharpe also praised the governor and the mayor, however, for the way they have handled the COVID-19 pandemic, referring back to a decision in a Supreme Court decision written by Chief Justice John Roberts, (S. Bay United Pentecostal Church v. Newsom, 140 X. Ct. 1613, 1613 (2020) in saying “it is not the judiciary’s role to second guess the likes of Governor Cuomo or Mayor de Blasio when it comes to decisions they make in such trouble times, that is, until those decisions result in the curtailment of fundamental rights without compelling justification.” (ed. note: italics added for emphasis)

The judge noted that one of those decision was the 25 percent indoor capacity limitations that applied only to houses of worship. “Indeed, that limitation is the only one of its kind in the tangle of executive orders and the Guidance Document that have been issued in response to the pandemic; in other words, no other secular entity, save for those that remain closed in their entirety until Phase 4 or beyond, are limited to only 25 percent capacity.”

The judge went on to provide specific details of sites that were already open at 50 percent capacity beginning in Phase 2 and which involve the congregation of people for a length of time. He also pointed out that restaurants in Phase 3 locations are permitted to open at 50 percent capacity indoors, with family and friends and other patrons sitting and congregating in close proximity for lengthy periods of time, and with face coverings removed while seated. In addition, special education services are permitted during “the summer term in school districts” with no indoor capacity limitations.

“Mayor de Blasio is a “local authority” with clear enforcement power and has at his disposal one of the largest municipal police departments in the world … and has also actively encouraged participation in protests and openly discouraged religious gatherings and threatened religious worshipers as set forth above (ed. note: a prior paraphgraph described the incident in which the mayor sent police to disrupt and disperse an Orthodox Jewish funeral, later bragging about it on Twitter).

“The City’s argument that temporary selective enforcement of the challenged laws with respect to mass race protests is a matter of public safety … would perhaps be legitimate but for Mayor de Blasio’s simultaneous pro-protest/anti-religious gathering messages, which clearly undermine the legitimacy of the proffered reason for what seems to be a clear exemption, no matter the reason,” Judge Sharpe wrote.

“Governor Cuomo and Mayor de Blasio could have just as easily discouraged protests, short of condemning their message, in the name of public health and exercised discretion to suspend enforcement for public safety reasons instead of encouraging what they knew was a flagrant disregard of the outdoor limits and social distancing rules. They could have also been silent. But by acting as they did, Governor Cuomo and Mayor de Blasio sent a clear message that mass protests are deserving of preferential treatment,” the judge pointed out.

“Another case of individualized exemption seems even more obvious. The State has specifically authorized outdoor, in-person graduation ceremonies of no more than 150 people beginning today, June 26. This is an express exemption from the ten- or twenty-five-person outdoor limits that apply across Phases 1, 2, and 3, and the State must extend a similar exemption to plaintiffs absent a compelling reason to the contrary. (ed. note: italics added for emphasis)

Dept. of Justice Warns de Blasio
Just a week ago, the US Department of Justice wrote a letter to Mayor de Blasio expressing “concern” about the double standard applied by City Hall to freedom of religion in the Big Apple.

The letter, signed by Eric S. Dreiband, Assistant Attorney General for the Civil Rights Division, cautioned the mayor about his actions in restricting religious gatherings due to the spread of COVID-19, while encouraging mass demonstrations with no social distancing. The mayor was scolded for favoring freedom of assembly over freedom of religious.

Mayor De Blasio: Jews Who Defy the Coronavirus Rules Will Be Arrested

“New York City’s Emergency Executive Order 115 includes a provision directing the cancellation or postponement of “any nonessential gathering of individuals of any size for any reason,” the Department of Justice pointed out.

“Accordingly, the current orders prohibit
the reported gatherings of thousands of people for political protest in New York City.”

“Media reports and public accounts have described your vigorous enforcement of these restrictions on religious gatherings in New York City. During the period in which all gatherings were banned, you reportedly sent police officers to break up numerous gatherings of the Jewish community in New York, including reported outdoor gatherings for funerals.

“After Executive Order No. 202.32 eased restrictions on religious gatherings, you reportedly warned, “[i]f it’s more than 10 people, the NYPD and other enforcement agencies will show up and tell people to leave. If they don’t move, if they don’t disperse, then it goes to summonses.” You continued that you “want people to take these rules very, very literally.”

“In light of your support for and participation in recent protests in New York City, the message to the public from New York City’s government appears to favor certain secular gatherings and disfavor religious gatherings.

“As the City moves into Phase 2, the Department of Justice respectfully encourages you to reconsider your posture toward religious gatherings and, as necessary, work with Governor Cuomo to that end.

“We note with concern your public statement on June 2, 2020, that said that the interests of those protesting “is not the same question as the understandably aggrieved store owner or the devout religious person who wants to go back to services.” Concerns, as you likely know, have been raised in the faith community that New York City is acting to protect certain First Amendment expression over others, which the Constitution forbids.

“The Department of Justice does not seek to dictate how New York City sets its enforcement priorities. But in doing so, we urge you to afford gatherings for religious exercise the same respect that you afford gatherings to exercise other First Amendment rights.

“Given New York City’s approach toward other First Amendment activity and its imminent entry into Phase 2, which authorizes houses of worship to operate with 25 percent capacity, we trust that New York City officials will “pause to remember their own high duty to the Constitution and to the rights it secures.” 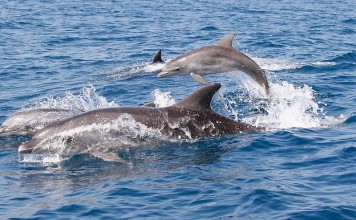 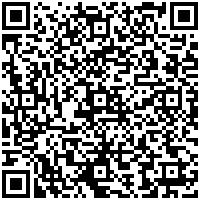