One of the measures she signed tightens the state’s building codes and appliance standards. The second expands community heating and cooling networks.

The three new laws support the Climate Leadership and Community Protection Act goal of an 85 percent reduction in greenhouse gas emissions by 2050, “while ensuring a just and equitable transition for New York workers and communities,” Hochul said.

“The impacts of climate change are felt all over New York State. . . Now more than ever, the importance of a cost-effective green transformation is clear, and strengthening building codes and appliance standards will reduce carbon emissions and save New Yorkers billions of dollars by increasing efficiency.

“This multi-pronged legislative package will not only replace dirty fossil fuel infrastructure, but it will also further cement New York as the national leader in climate action and green jobs,” the governor said.

The Utility Thermal Energy Network and Jobs Act requires the Public Service Commission (PSC) to develop a regulatory structure for utility thermal energy networks – including district geothermal and other community-scale thermal infrastructure projects – for heating and cooling homes, and to direct utilities to launch pilot projects in their service territories.

The governor said the measures “demonstrate the state’s commitment to ensuring projects create quality jobs for New Yorkers in clean energy and planning for a just transition.”

Buildings are the single largest user of energy in the State of New York, and the largest source of greenhouse gases and other climate emissions, due to the combustion of fossil fuels for heating, domestic hot water, as well cooking, Parker said. He added that the legislation helps tie local, union jobs and efforts to decarbonize buildings and neighborhoods “at an affordable price due to utilities’ cheaper cost of capital, all of which is in the public’s interest.”

Fahy added that passage of the legislation means “we’re saving New Yorkers money while improving our overall energy efficiency and putting us on a path to meet our climate mandates.”

State lawmakers aim to achieve the mandated goal of a zero-emission electricity sector by 2040, including 70 percent renewable energy generation by 2030, and to reach economy-wide carbon neutrality. The state expects to reduce greenhouse gas emissions by 85 percent from 1990 levels by 2050. 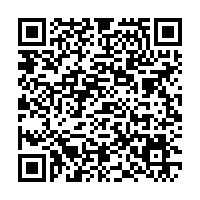