Governor Kathy Hochul delivered her State of the State address on January 5, in the state Assembly Chamber to what was supposed to be a joint session of both legislative bodies, the Senate and the Assembly. However, Covid rules and regulations got in the way of making this a spectacular moment for the first female chief executive to deliver such a groundbreaking speech.

Her nearly 35 minute speech contained more than 220 proposals she would like to see accomplished during the 60-day legislative session, and are detailed in a 237-page document titled “A New Era for New York.”


Among the proposals, Hochul said she will push for term limits of two four-year terms for statewide public officials: governor, lieutenant governor, comptroller and attorney general, and ban outside income for those elected officials. She did not mention term limits for state lawmakers.

Hochul is promoting the highlights of her speech as an agenda “to rebuild the workforce for the healthcare industry and teachers; provide tax relief to those who need it most; speed up economic growth and create good paying, middle-class jobs; strengthen our infrastructure and confront climate change; secure public safety; make housing more affordable and ensure every New Yorker has a roof over their heads.”

While Hochul would probably like to deliver this type of speech many more times, her political opponents – both Democrats and Republicans – would like this to be her last. The gubernatorial election is in November of this year.

The signature issues New York City Public Advocate Jumaane Williams has been highlighting in his bid to unseat Hochul have been affordable housing, homelessness, gun control and ethics reforms.

“The governor spoke of the affordable housing and the homelessness crisis. Her proposal of 100,000 units of nominally affordable housing is not sufficient to meet the need in New York City alone, much less the entire state. That commitment, compounded with a lack of commitment to pass Good Cause legislation and keep New Yorkers in their homes, shows a failure to meet the scope and urgency of the issues New York faces, which was a philosophy reflected across the address,” Williams said.

“The governor said she wanted a ‘New Era’ for New York, yet she ducked fixing the bail crisis that is helping fuel crime, failed to fix the chaos due to her lack of a Covid plan, and won’t stop the pay-to-play mess that corrupts Albany,” Suozzi wrote in a prepared statement.

On the other side of the aisle, gubernatorial hopeful Congressman Lee Zeldin (R-Shirley, Suffolk County) tied Hochul to her predecessor without directly addressing the points made in the State of the State address.

“Under the Cuomo-Hochul administration, punishing taxes and a skyrocketing cost of living, out of control crime, suffocating attacks on our freedom, and unending scandals resulted in New York leading the nation in residents fleeing,” Zeldin wrote. “Unfortunately, New York’s current Governor Kathy Hochul and one-party rule in Albany have continued the attacks on your wallets, safety, freedoms, and kids’ education. We need political balance in Albany, we need to break the supermajority in the Assembly and Senate, and equally as important, we need a geographic balance of power.”

Rhetoric from top Republicans continued from the leaders of both houses of the legislature.

On the day the governor delivered her remarks, Senate Republicans unveiled their multi-pronged approach to change the direction of state policies with a “Take Back New York 2022” legislative agenda. This is an attempt to criticize the Democrats’ one-party rule in Albany by creating an image of “neglect and decline” and characterizing the GOP plan as a remedy that would “restore balance and common sense to government while vigorously rejecting the extreme policies of the past three years.”

“Democrat one-party rule has been nothing short of a disaster for New York state,” according to Senate Republican Leader Rob Ortt (R-North Tonawanda, Niagara County). “From escalating taxes to blatant pro-criminal policies and extreme government overreach, it has become harder than ever to live in our communities – something reflected in the growing exodus of our fellow New Yorkers. It’s more vital than ever, for them, that we take back our state from out of touch politicians and restore some sanity and common sense to our government.” 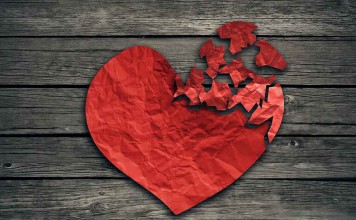 The Kotzker Rebbe: Brief But Deep 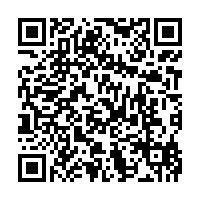