A Brooklyn photographer alleged that he was a victim of police brutality last week after an altercation with members of Brooklyn’s 70th precinct left him in handcuffs and both his cell phone and camera damaged.

Photojournalist Shimon Gifter had received word that an officer in Flatbush had called for backup and drove to the scene on Avenue M and East 15th Street. By the time Gifter arrived the incident appeared to have been resolved peacefully. Several moments later Gifter observed police officers stopping a group of juveniles. Camera in hand, Gifter began to film the proceedings until a police officer approached and told him that because the incident involved minors, he was not allowed to take video.

“I pointed out that it wasn’t illegal for me to take video in public,” recalled Gifter, who said he was acquainted with the officer and that their short but friendly discussion ended with a fist pump.

Yet moments later, the photographer found himself pushed up against a nearby wall, handcuffed and told he was being placed under arrest after being approached by a group of police officers who allegedly grabbed his camera and deleted the contents of its memory before dropping it on the floor. Gifter, who says he identified himself as a member of the media and had an official NYPD press badge in his pocket, claims that police also damaged his cell phone during the altercation, which ended with his being released with a warning.

Calls to Deputy Inspector Eric Rodriguez of the 70th precinct were not returned; the office of the NYPD’s deputy commissioner of public information did not provide any information.

Although Gifter expressed outrage and frustration with local politicians at their silence on the incident, both Assemblyman Dov Hikind and Councilman David Greenfield have voiced their support for Gifter and have pledged to pursue the episode with the police department.

“I was shocked that Shimon Gifter was allegedly treated like a criminal while performing his job as a credentialed member of the press,” said Greenfield. “Shimon is a well-known and respected member of the news media. That’s why I have personally asked Police Commissioner Ray Kelly to investigate this incident and take appropriate action.” 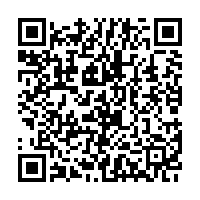