US President Joe Biden is slated to arrive in New York City next week for a sit-down with Mayor Eric Adams about how to combat gun violence in the city, where shootings are up by 24 percent this year, over the same period in 2021.

“On Thursday, February 3, the president will travel to New York, New York and join with Mayor Eric Adams to discuss the Administration’s comprehensive strategy to combat gun crime, which includes historic levels of funding for cities and states to put more cops on the beat and invest in community violence prevention and intervention programs, as well as stepped up federal law enforcement efforts against illegal gun traffickers,” the White House confirmed in a statement.


In response to the news, Adams said in a statement released late Wednesday, that he looks forward to welcoming the president to the city and “sitting down to discuss how we can work collaboratively to end the scourge of gun violence we are seeing on New York City streets.

“The sea of violence comes from many rivers, and that’s why my Blueprint to End Gun Violence in New York City seeks to dam every river that feeds this greater crisis. Public safety is my administration’s highest priority, and we welcome the opportunity to display to President Biden how federal and local governments can coordinate and support each other in this fight to keep New Yorkers safe.”

Rookie police officer Jason Rivera and his partner, officer Wilbert Mora, were gunned down during a domestic violence call in an ambush by an ex-con who was out on probation. Rivera died immediately; Mora died after a two-day fight for his life by doctors at two different hospitals in the city.

A third police officer managed to return fire at the shooter, who was critically injured and later died of his wounds.

Biden told Adams that he is committed to being a ‘strong federal partner’ for New York City and other jurisdictions fighting a sharp increase in gun crime. 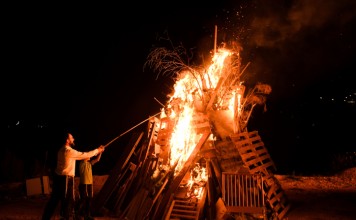