A week of setbacks for President Obama has the GOP excited about Republican Presidential nominee Mitt Romney’s chances to emerge victorious in November.

Last Tuesday, Wisconsin Republican governor Scott Walker survived a recall election, which was seen by many political observers as a referendum on the parties’ differing fiscal visions for dealing with the ongoing economic issues facing the United States. Initiated by opponents of Walker’s plan to curb collective bargaining rights for state employees, his victory was interpreted as a sign that voters were opposed to investment in government as a means to stimulate economic growth, which Obama supports.

More importantly, the Wisconsin recall election seemed to energize Republicans who have offered Romney lukewarm support at best. The New York Times, in a story today titled “GOP Mood Toward Romney’s Fall Prospects Brighten,” reported that consensus is building that Romney has a real shot at victory, quoting Republicans that had supported Romney’s opponents during the Republican primaries and conservatives that had previously been critical of him. The value of this growing consensus is found not merely in its moral victory but also in more vibrant fundraising and activism.

According to the New York Times piece, Romney and the Republican party already yielded more money in May than Obama and the Democratic Party ($76 million vs. $60 million), a significant achievement considering that Obama’s fundraising for the 2008 presidential campaign broke previous records for presidential campaigns, and is said to have revolutionized presidential fundraising.

Making matters worse for Obama, he made an uncharacteristic misstep last Friday by stating in a press conference that “the private sector is doing fine.” Known for its media savvy and disciplined message, the Obama administration spent the rest of Friday and the weekend focused on damage control, but Romney and the GOP had already seized on the comment as proof that Obama is out of touch with regular Americans and out of solutions for the American economy.

Last week also saw increasing pressure on Attorney General Eric Holder regarding the Justice Department’s botched ‘Fast and Furious’ gun-running sting. Appearing before the House Oversight Committee by subpoena, Holder was accused of dragging his feet in providing information about which high-level Obama administration officials knew about the botched sting, which resulted in the death of a US border agent. As of this writing, the Committee is set to vote on holding Holder in contempt of Congress.

At the same time, the Obama administration is dealing with accusations that the White House had in recent weeks leaked highly classified information on the targeting of Al Qaeda militants by drones and the cyber-weapon Stuxnet. Republican lawmakers are claiming that the White House risked exposing intelligence operations for the purpose of political gain. Obama has strenuously denied the accusation, and Attorney General Holder has opened criminal investigations into the leaks.

Enthusiasm is also waning among people that only four years ago were die-hard Obama supporters. “Obama Girl,” AKA Amber Lee Ettinger, who became famous for her YouTube video “Crush on Obama,” told the Daily Caller on Friday that she is “not as excited as I was the last time,” and refused to offer Obama a public endorsement.

Of course, all of this negative publicity comes against the backdrop of economic numbers that suggest slowing economic recovery and job growth.

Recent polls are also bearing out Romney’s growing momentum. Rasmussen’s most recent poll has Romney leading Obama by one percentage point (46% – 45%), and a Gallup tracking poll from the first week of June shows the same results. Though this may seem like an early, insignificant lead, when viewed in light of the past month, there is a clear trend in favor of Romney. An NBC News/Wall Street Journal poll from May 20 had Obama leading Romney 47%-43%; thus, a five point swing has occurred over 3 weeks.

Gallup also polled Jewish voters, and found that as of June 5, Obama was supported by 64% of Jewish voters, while Romney received the support of 29%. Although he holds a 35% point lead over Romney, it is worth noting that in the 2008 Presidential election Obama received 78% of the Jewish vote. 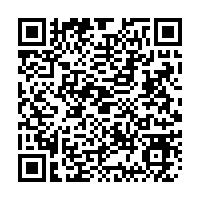