New York’s Democratic Senator Chuck Schumer, who is now the Senator Majority Leader, has set February 9 as the start of the impeachment trial for former President Donald Trump.

The article of impeachment which launches the start of the process is not yet available in the Senate.


US Speaker of the House Nancy Pelosi (D-CA) announced late Friday that the House Impeachment Managers will deliver the article of impeachment to the Senate on Monday (Jan. 25).

Pelosi said in her statement, “The article of impeachment for incitement of insurrection by Donald Trump will be delivered to the Senate on Monday, January 25.

“We are respectful of the Senate’s constitutional power over the trial and always attentive to the fairness of the process, noting that the former president will have had the same amount of time to prepare for trial as our Managers. Our Managers are ready to begin to make their case to 100 Senate jurors through the trial process.

“Exactly one week after the attack on the Capitol to undermine the integrity of our democracy, a bipartisan vote of the House of Representatives passed the article of impeachment, which is our solemn duty to deliver to the Senate.”

According to an op-ed written by Professor Alan Dershowitz in the Wall Street Journal last week on Inauguration Day, “Now that Donald Trump is a private citizen, the Senate should dismiss the article of impeachment against him for lack of jurisdiction. The Constitution is clear: ‘The president . . . shall be removed from office on impeachment. . . and conviction” – not by the expiration of his term before the impeachment process is complete. It also mandates that ‘judgement in cases of impeachment shall not extend further than to removal and disqualification’ – not or disqualification.”

Despite the opinion of Professor Dershowitz, the start of the trial has nevertheless been set for February 9, somewhat later than initially expected.

The delay comes after some negotiating between Senate Majority Leader Chuck Schumer (D-NY) and Minority Leader (R-KY) Mitch McConnell to give Trump’s legal team had more time to prepare, and the Senate Democrats a chance to confirm the new Cabinet, and review COVID-19 legislation.

“We have made good progress in our efforts to determine the timing and structure of the impeachment trial,” Schumer said Friday.

The insurrection at the Capitol incited by Donald J. Trump was a day none of us will ever forget.

There must be truth and accountability.

The House Managers will come to the Senate to read the Article of Impeachment on Monday.

Here’s how the trial will proceed: pic.twitter.com/JjEfprzQly

The ceremonial portions of the trial are to start this week with senators to be sworn in as jurors on Tuesday. Under the agreement, starting Wednesday House Impeachment Managers and the legal team for the former president are to exchange pre-trial briefs for the next two weeks. After that, under the agreement, final briefs are due on February 9, when the trial formally begins.

The first impeachment trial in 2020 lasted three weeks, and although it is not clear how long this one will last, sources quoted by CNN said most believe this trial will be shorter.

Democrats will need to muster a two-thirds majority in the Senate (which is currently evenly split between the two parties) to achieve success in passing an impeachment of the former president. That means they will need to find at least 17 Republicans who are willing to cross party lines and vote to convict Donald Trump (or convince at least 25 to stay home on voting day). Only 10 Republicans proved willing to do that in the House.

New York’s Senator Schumer is dedicated to carrying out the impeachment despite Trump already having left office and clearly hopes to convict him.

“The Senate will conduct a trial of the impeachment of Donald Trump,” Schumer said. “It will be a full trial. It will be a fair trial. But make no mistake, there will be a trial and when that trial ends, senators will have to decide if they believe Donald John Trump incited the insurrection against the United States.”

Senator McConnell is determined to ensure a “full and fair” process; but his personal opinions at this point are not nearly as obvious.

“This impeachment began with an unprecedentedly fast and minimal process over in the House,” McConnell said. “The sequel cannot be an insufficient Senate process that denies former President Trump his due process or damages the Senate or the presidency itself,” McConnell said. “Senate Republicans strongly believe we need a full and fair process where the former president can mount a defense and the Senate can properly consider the factual, legal, and constitutional questions at stake.”

“At this time of strong political passions, Senate Republicans believe it is absolutely imperative that we do not allow a half-baked process to short-circuit the due process that former President Trump deserves or damage the Senate or the presidency,” said McConnell.

Another Republican senator told CNN on Friday that once the trial begins, there will be no confirmations for President Joe Biden’s Cabinet or anything else on the agenda until the impeachment is ended.

Considering how hard the media and Big Tech worked to get Trump out of office and silenced, come February, thanks to Nancy Pelosi, it looks like the only thing everyone will be talking about is Donald Trump and what he has to say.

Learned Optimism: Can You Choose to be Happy? 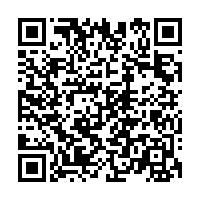