One day, the rabbi’s cat gets tired of the constant cawing of the rabbi’s parrot, so he eats the bird and acquires the ability to speak. So what is a taking cat to do? In Joann Sfar’s world, he studies kabbalah and tries to prevent the rabbi’s daughter, Zlabya, from marrying a Parisian rabbi. If the cat did not choose to pull a Cain-like move of lying – he tells the rabbi of the bird, “He left an urgent errand. He said not to wait for him for dinner” – he could have blamed the tragic consumption of the parrot on Zlabya. “My mistress, Zlabya, says that if cats could talk, they would tell incredible stories,” says the cat-narrator. “She also says that if the parrot could shut up from time to time, it would give us a break. The riches of the world should be better shared,” she says, to the parrot’s noisy cawing. The cat puts the two together and permanently silences the disturbance.

Zlabya tries to protect the cat from the rabbi. “And even if he does tell lies, Father, is it really so bad?” she asks, treading a fine line of culpability. “It’s terrible, my daughter,” replies the rabbi, forbidding his cat from being alone with Zlabya, because he is afraid “that I will put bad ideas into her head.” To prevent said bad ideas and to fill his cat’s head with good notions, the rabbi teaches the cat Torah and Talmud. “He wants to put me back on the straight and narrow,” says the cat. “He tells me that I have to be a good Jew, and that a good Jew does not lie. I answer that I am only a cat. I add that I don’t know if I’m a Jewish cat or not.”

And so it goes. The cat demands a bar mitzvah of his master, who is forced to defer to his own rabbi to ask if a talking cat can have a bar mitzvah. The rabbi – a plump fellow with a white beard (sans moustache), a red kippah on his head, and pants that reach his knees – walks through the streets of Algeria, where he lives, with the cat on his shoulder until he arrives at the house of his rabbi, a thin man with a long pointed beard and a noticeable under-bite. The rabbi’s rabbi says that of course a cat cannot have a bar mitzvah, but the cat insists that cats are people, too. The rabbi’s rabbi argues that only men are created in G-d’s image, to which the cat responds, “Show me a picture of G-d.”

The rabbi’s rabbi grows disgusted with the heretical, lying cat, and tells the rabbi to drown the cat. The rabbi refuses (he says the cat doesn’t like water) but the cat’s sense of self-preservation kicks in, and he tells his master’s rabbi that he is G-d, come in cat-form to test him. “I tell him that I am not at all satisfied with his behavior. I tell him that he was as dogmatic and obtuse with me as some Christians are with Jews,” the cat says, as the rabbi’s rabbi falls to his knees, begging for forgiveness. “I tell him that it was a joke, that I’m only a cat, and that he can get up,” says the mischievous cat, renewing suggestions of drowning.

Sfar’s graphic novel, The Rabbi’s Cat, is drawn in fairly stylized, line drawings with colored washes. Although Sfar draws the streets of Algeria and Paris and the interior spaces in great detail (and even an expertly rendered underwater dream sequence), he often settles for dots and short lines to hint at the features of his characters. Although this seems to suggest that Sfar is more interested in places than in people (however simplistically drawn) the characters are especially powerful.

The rabbi teaches his cat Torah.

The cat demands that the rabbi teach him kabbalah, “because I like starting at the end,” although the rabbi insists the cat is too young and uneducated. But the question of whether the cat is Jewish carries far less significance in the story than do the differences between Ashkenazi and Sephardic ritual. To a man who asks the rabbi whether he must wait five hours between meat and milk on account of an Ashkenazi man present (the man would normally wait three hours), the rabbi replies, “Do you know any Ashkenazim, Birkat HaKohanim? So why do you ask the question?”

Later, when the rabbi sits to eat at a café that normally bans Jews (and Arabs), under the protection of his cousin Malka (who has a pet lion), a man arrives to bring the rabbi and his cousin to the bed of a dying man, desperately staying alive until his grandson arrives from France. The French grandson finally arrives, and the dying man recognizes him, holds his hand, and promptly dies. The rabbi begins to prepare the funeral his way, when the grandson intervenes and says that he has a different tradition. Although the grandson asks that the mirrors in the house be covered (which the rabbi notes is part of his tradition as well), the grandson also asks that all the water in the house be poured out “because the Angel of Death is on the prowl and could dip his sword in the water.” This leads the rabbi to mutter to his cousin, “What he’s saying, that’s not real religion, just superstition, right? But if it makes him happy, we should let it go.”

The cat eats the parrot.

The grandson turns out to be Rabbi Jules Nahum, who falls in love with Zlabya and marries her. The rabbi then finds himself on his way to Paris with his daughter, son-in-law, and his cat of course. The rabbi is shocked by the lack of religiosity he finds in Paris, but Sfar’s story is more about acceptance than condemnation. The rabbi – about whom the cat reveals, “He says he has to respect my free will the only thing that could curb my complete freedom would be if someone slapped me around. But the rabbi says that the human hand is too subtle a tool to hit people or cats with” – comes to accept that he does not have all the answers.

In an enigmatic sermon he delivers to his congregation upon his return to Algeria, the rabbi asks why some people are able to be happy without respecting the Torah and “why should we exhaust ourselves to apply all these precepts that make life so complicated?” The congregation gets anxious, “Come on, Abraham, tell us why we’re waiting!” The rabbi shrugs and smiles. “Well, the truth is, I don’t know.” But his final move is practical. “Come on, let’s do the kiddush, because if you’re late for dinner your wives will chew me out. Yom hashishi”

The rabbi comes to learn a very similar lesson of altruism to the one the cat learns, when he sacrifices his newfound skill for the sake of his master. In the world of Sfar’s graphic novel, Algeria, Morocco and Paris – however different in their traditions of Jewish ritual – are all bound by the characters that, try as they might to emphasize their differences, always manage to respond to each other respectfully and maturely. It’s not quite an image of the lion and the sheep grazing together, but the cat does befriend a dog, which at least approaches the Messianic sign.

Menachem Wecker is a painter, writer and editor, based in Washington, D.C. He welcomes comments at mwecker@gmail.com. 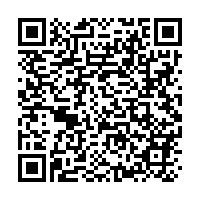