Chana Cromer – The Story of Joseph: Unveiling the Text

It is easy to read the narrative of Joseph and his alienation from his family as a tragic tale of missed opportunities in parenting, and brotherly compassion and patience. It is easy to flip the pages and to imagine a tormented father mourning a son he thought was killed, without paying much attention to the object of deceit – the multicolored coat drenched in goat’s blood. But even a quick glance at Chana Cromer’s textiles in her first solo show in New York – the Yeshiva University Museum exhibit, “The Story of Joseph: Unveiling the Text” – shows that the stained coat has not evaded Cromer’s gaze.

There is a lot at stake in the image. Jacob was convinced he had lost his son, Joseph, without even a body to bury. He was hardly a stranger to tragedy; his own brother, Esau, attempted to murder him, and his father Isaac was only moments away from being killed by his own father, Abraham. But Joseph was Jacob’s favorite son – firstborn child of his favorite wife, Rachel, whom he had buried on the way to Efrat. To Jacob, burying Joseph meant burying another part of Rachel that he had managed to preserve. All he had left, he believed, was a coat stained with blood.

Joseph, of course, was quite alive and faring well for himself in the Egyptian aristocracy. Unbeknownst to Jacob, his sons had kidnapped Joseph, thrown him into a pit (empty, says the text, but filled with snakes and scorpions, according to rabbinical interpretation), and sold him into slavery to Egypt for a pair of shoes. To fool their father, the brothers killed a kid, dipped Joseph’s coat in its blood and brought it to their father. Somehow, they mustered the chutzpah to ask, “This we found. Please recognize – is this your son’s coat or not?” According to the Bible, Jacob mourned for “many days,” and refused all of his sons’ and daughter’s efforts to comfort him. “For I shall descend to my son as a mourner to the grave,” he cried.

Cromer’s “Recognize This” incorporates 10 pieces of Thai silk, each painted with fiber reactive dyes. The dye is a blood red, and the pieces range from completely red to various degrees of variegated washes. Cromer told me that the difference in the amounts of red symbolizes the brothers’ different degrees of culpability in selling Joseph (though she said she had not intended the two completely red ones to signify Simeon and Levi, the two masterminds of the sale of Joseph). The silk that Cromer used is off-white, which leads the viewer to wonder how Jacob could recognize the generic-looking coat, which is monochromatic.

Cromer has created a series that gives form to the brother’s trickery. Without the title, the 10 silk forms could be an abstract series, the kind you would expect to see in the modern section of a museum. But titled, the red evokes blood, and the whole piece begins to assume an eerie tone. In her preface to the catalog, director of the Yeshiva University Museum Sylvia Herskowitz finds a more modern relevance to “Recognize This.” “The artist not only references Joseph’s 10 brothers – all of whom shared in the cruel deception of their father – but also reminds us of the agony of Israeli parents who have been confronted with the loss of their children in the current bloody conflict.”

All of Cromer’s 12 pieces in the show (which use collage, embroidery, etching, silkscreening, and staining) attend to clothing. “Clothing plays a part in every stage of Joseph’s life,” Cromer writes in her artist’s statement in the catalog. “As favored son, prisoner, servant and Egyptian official, he wears clothes of different textures.”

Cromer is an Orthodox woman, who lives in Jerusalem with her husband and four children. The daughter of Holocaust survivors, she was born in Italy and grew up in Kansas City, Missouri. Cromer studied art and textiles at Philadelphia College of the Arts, Pratt Institute (New York), Bezalel Art Institute (Jerusalem) and Boston College. She now teaches textiles at a Judaica workshop at Bar Ilan University in Ramat Gan. She told me that she created most of the pieces in the show over the past three or four years.

“Esau” references Esau’s coat with its unique smell that Jacob mimicked to trick Isaac into blessing him. To make the shirt, Cromer wet the Thai silk fabric and then stained it with leaves and berries. To get the desired effect, she also “cheated” and added fiber reactive dyes. “I wanted it to have the outdoors,” she said. The berry stains could easily double as bloodstains, as in “Recognize This,” which could symbolize the many men Esau murdered according to the Midrash.

Like nature, midrashic interpretation can be said to abhor a vacuum, and the Midrash attempts to trace Joseph’s multicolored coat back to earlier textual references. Cromer cites one Midrash that calls the ketonet the coat of Joseph’s mother, Rachel. Cromer used that Midrash as an influence for her “more feminine” coats in the exhibit. Why, she wonders, should the ketonet not be traced all the way back to the kotnot ohr (literally “coats of hide”) that Adam and Eve made for themselves when they became aware of their nakedness after the Sin. Some rabbinical commentators noted that “ohr” can also refer to light, if one ignores the spelling and attends only to the sound.

Cromer’s “Skin/Light” is made of multiple silk screens and contains leaf patterning. Like the first coats of fig leaves that Adam and Eve made for themselves, the coat embodies a certain natural resourcefulness and expediency. But the coat also is quite transparent (it allows light to pass through), which references the play on words with “ohr.” (I asked Cromer if a transparent garment conformed to the laws of tzniut, but she said that was not something she had considered when creating it.)

Clothing is often very personal and, to a degree, Cromer engages in self-portraiture in certain pieces. “Pit Coat” is a black wool coat, which Cromer previously used as an artist’s coat. “The Child is Not,” a hand dyed linen shirt, looked too well ironed to Cromer, so she had to wear it to make it look used. Another piece, “Entrance to Enaim” (literally “eyes,” the place where Tamar sat waiting for Judah), hangs from the ceiling and depicts eyes – Cromer’s.

Cromer told me she likes tapestries because they move. Much of her work explores dreams, and the mobile tapestries evoke fleeting dreams. I pointed out that the air conditioning (AC) in the gallery was on high, and it was blowing the pieces about vigorously. I wondered if this was an intentional symbolic move, but Cromer pointed to one delicate piece that was flopping about like a dead fish out of water. “I’d really like it to stop,” she said of the AC.
But “Dreams” is perhaps Cromer’s most ambitious piece. The piece, a blue tapestry with small, off-white triangular and bow tie shapes, asks whether there is a connection between the dreams that Joseph and Jacob had. Joseph dreams of sheaves of wheat (referenced in “Sheaf: The Great Giver”) in which the celestial bodies are bowing to him while Jacob dreams of angels ascending and descending a ladder. Cromer says that she can see the ladder as only “ethereal,” an adjective with which she describes much of her work. As she demonstrates in “Dreams,” Cromer imagines angels as comprised of light. “I can’t imagine an angel as people draw it – as a human.” 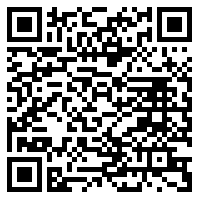