The current show at the Yeshiva University Museum is bizarrely titled. “Feminine Principals: Works in Iron, Fiber and Glass” carries unexpected implications on several counts. It is not often that women, especially Jewish women, are celebrated in the arts. Even less likely are exhibits of work by Jewish women artists who identify as feminists. But the invocation of “principals” – where “principles” seems more natural – suggests that the three artists in the show are the most important, feminist Jewish artists. Viewers who expect such results will be disappointed (since there is much feminist art that is at least as good that is not in the show). But the show is not without merit.

Orna Ben-Ami’s iron sculptures – which bombard the viewer who just enters the exhibit – contain strong narrative components. “I Can’t Paint 1” is a canvas on an easel signed by the artist in both English and Hebrew. It is no wonder that the artist cannot paint, as the canvas is hopelessly torn. Art of this sort, which is art “about the inability to make art”, sets itself in companionship with the intellectual (and ultimately nihilistic) art forms of Dada and Surrealism, and it resembles some of Moico Yaker’s drawings, recently exhibited at the YU Museum called “Having Trouble to Pray.”

Hanging in a corner, near “I Can’t Paint 1,” is an enormous Torah pointer that looks like a gun. A suitcase with tree roots emerging from within sits on the floor nearby, perhaps combining the wandering Jew, who must always have packed bags ready for easy escape (thus the suitcase), with the Jew’s deep rooted identity. “Superior Power” shows tzitzis hanging from above, in a way that resembles a marionette, and a piece on mutar (allowed) andassur (forbidden) shows clothing behind bars, perhaps a commentary on the laws of modesty, or tzniut.

A statement from Ben-Ami is plastered on the wall above “I Can’t Paint 1“: “Creating is like giving birth, so whatever the material will be, creating is very feminine. I am trying to soften the material-but more than this physical fact, what I am trying to do is put emotions in it.”

The fact that the iron sculptures are made by a woman is certainly significant. Most people think of ironwork as the domain of the male artist, who can cope with the weight, roughness and mess. Women are thought of as daintier artists who weave, sew or paint. But Ben-Ami shows how subjective this account is. And indeed, more than 50 years ago painting was considered a male endeavor, as Jewish artist Anni Albers and other women artists in the Bauhaus discovered when they were barred from painting.

But beyond the material, there seems to be little that is truly feminist about Ben-Ami’s work, even given her statements that seem to suggest that all art (even made by men) is feminist in its resemblance to giving birth. Georgette Benisty’s fabric figures follow suit. Benisty’s series is called Renouer (renewal), and according to the Museum pamphlet, they “reflect her desire to stitch together the dispersed fragments of her Moroccan past and French culture, interweaving the color, rhythm, architecture and antiquities of her native land through fabric, paint and collage.” But Benisty’s fabric works, like Ben-Ami’s iron works, do not immediately reveal how they fall under the banner of the “Feminine Principals” show title.

Saara Gallin’s glasswork, though, is deeply feminist in both content and form. Gallin says her work directly responds to “the spoken and unspoken conflict women face in regard to their roles today.” She speaks of stereotypes of women that are “presented and reinforced by advertising and the media.” To counter these stereotypes, Gallin aims to use her art to showcase “significant, although quiet, voices of the women who define themselves by producing, rather then consuming.”

What Gallin means by producing and consuming is not readily apparent. As she describes it, “I believe we must look at what people do rather than at what they say. Talk is cheap. The women I have singled out speak with their actions.”

One piece that attends to this theme is “Braishit – In the Beginning” (1998). The 48-inch tall sculpture is made of three layers of glass, held together with an aluminum frame. The work is heavily personal, and without the “explanation” hanging beside the sculpture, the work would remain entirely mysterious. The back layer has motifs like lions, fish and a palm tree, covered by a layer of swirls of yellow and gray. On the top layer there’s a white dove and the word “yes” written (sand-carved into the layer and gilded) several times, in yellow capital letters with exclamation marks.

Gallin describes the piece as part of an “affirmative” series that refers to creation. “My goal has been to honor people who, by their deeds, have touched the lives of countless individuals. They have responded to the cynicism, which threatens man [emphasis mine] throughout the ages with an emphatic YES! To life.” The affirmation of life emerges in the piece in the form of several signatures that Gallin describes as a fireman, a schoolteacher, two community leaders, two justices of the Supreme Court of the State of New York, an attorney and a doctor.

“Am Echad” (One People). By Saara Gallin. Photograph by Steve Halpern, courtesy of the artist.

“Am Echad” is a similar venture, but the iconography has changed. Instead of the flora and fauna, “Am Echad” – Israel at its 50th birthday, Gallin reveals – showcases a Jewish star and abstract gold and blue shapes, all covered by the Hebrew word “keyn” (yes) in a variety of fonts. Gallin identifies the typefaces as “going back to early Haggadahs,” and the signatures this time come from a soldier in the Jewish brigade in WWII, a soldier in Haganah, a botanist at the University of the Negev, two international attorneys (a couple it seems), a founder of Kfar Blum, the artist’s children, a person who saved 1,000 orphans by bringing them from Tehran to Israel in WWII, and an individual who resigned from the Nobel Committee to avoid voting for Yasir Arafat.

Gallin’s other work in the show is somewhat less political. It includes a lot of work exhibited in a circular form contained in a pedestal that evokes a globe, a magnifying glass or a mirror. One piece explores clouds (perhaps the “Clouds of Glory” that protected the Jews in the desert), with circular red forms that could double as red blood cells. A series called “Aishet Chayil” (Women of Valor) shows a woman identified as Glueckel of Hameln (1645-1724) and another identified as Gracia Nasi (1510-1569) on what appears to be a coin. Another shows three women framed within the circle, surrounded by abstract shapes, some of which look like candies, others like footprints. Some of Gallin’s more realistic works in the gallery show menorahs and mezuzahs.

“Gracia Nasi.” By Saara Gallin. Photograph by Steve Halpern, courtesy of the artist.

Gallin’s work can thus be compared to the graffiti art of French artist Jean-Michel Basquiat. Basquiat had his own language (houses, the word “home,” abstract shapes, trees), and one can tell by “reading” his paintings that his work was highly personalized and that he took it very seriously. Each piece of Basquiat’s was almost entirely about his signature, as is much of graffiti art, and it is hard to imagine something more personal than that. But the language is ultimately opaque and too esoteric to understand completely. Gallin writes in the exhibit brochure: “Light is the symbol of the divine. Glass is the vehicle, which makes light perceptible. The quality most unique to glass is its relationship to light. No other medium has the range of transparency or versatility of glass. I think of my work as sculpting with light.”

The notion of sculpting with light through glass and the luminous surfaces that Gallin captures are worth further examination, and the black-and-white images on these pages do not do them justice. But as an exhibit, “Feminine Principals” must be credited more with opening a door to discussing some of the contemporary art that is being produced by Jewish women, without offering much of a discussion of the wealth and breadth of that emerging field.

Menachem Wecker is a painter and assistant editor of B’nai B’rith Magazine in Washington, D.C. He welcomes comments at mwecker@gmail.com. 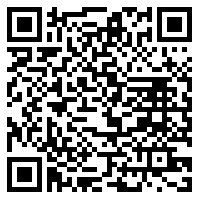