His name may not be a “household word” today, but at the fin-de-siècle (end of the 19th century) Julius Rosenwald was not only one of America’s greatest entrepreneurs, but also one of its leading philanthropists.

This Jewish businessman, who was an intimate of black civil rights activists like, Booker T. Washington – and who helped found innumerable charities that benefited Jew and Gentile alike – may not have been the creator of the now quite common “challenge grant” method of philanthropy, but he did more than anyone of his era in popularizing it.

Peter M. Ascoli, who is a member of the faculty of Spertus College in Chicago, Illinois, spent years researching and writing a definitive biography about his grandfather, who was the son of a German-Jewish immigrant. In this day and age of billionaire businessmen who change their venues to become professional philanthropists, Julius Rosenwald was one of the very first of his kind.

Rosenwald wasn’t the entrepreneur who started Sears. That was the doing of Richard Sears in 1886, who began by selling pocket watches to railroad station agents for a competitive $14 vs. the normal $25 selling price at local watchmakers.

Sears had a talent for marketing, and eventually teamed up with Alvah P. Roebuck, an Indiana watchmaker, who became his assistant and quickly expanded the watches into a full-fledged mail-order business.

But if Sears was a genius at advertising and marketing, he was clumsy at management. The majority of his sales took too long to expedite and he had little idea of how to manage a mail-order business that now was receiving thousands of orders weekly from farmers and small town residents all over America. That was where Rosenwald was most effective. He was organized and a beehive of activity and quickly got Sears, Roebuck and Company on sound financial footing.

B.C. Forbes, the founder of Forbes Magazine, wrote about Rosenwald: “The most notable thing about Julius Rosenwald is not any superhuman business ability, nor any phenomenal smartness in seeing and seizing mercantile opportunities, and not any transcendent qualities as a merchant. The greatest thing about Julius Rosenwald is not his business by himself, not what he has but what he is – his character, his personality, his sincerity, his honesty, his democracy, his thoughtfulness, his charity of heart, his catholicity of sympathy, his consuming desire to help the less fortunate of his fellow creatures, be they black or white, Jew or Gentile, young or old.”

During his lifetime, starting before his “retirement” from daily management of Sears, Rosenwald provided the seed money to construct and equip more than 5,000 schools all over the American South for African-Americans (in his collaboration with Booker T.
Washington). He also made his unprecedented $1 million challenge grant to aid Jewish victims of World War I; established the Museum of Science and Industry in Chicago; became a major supporter of Washington and Tuskegee Institute; was a major supporter of the NAACP and other African-American civil rights organizations; and was a major supporter of Chicago’s Associated Jewish Charities and other Jewish philanthropic organizations.

Through it all, he took the time to travel, lecture and write many letters, whose survival helped his grandson Peter Ascoli write this biography.

This book is a fascinating and masterful work, and it is obvious that Rosenwald’s Jewish influence is guiding the current crop of American philanthropists. 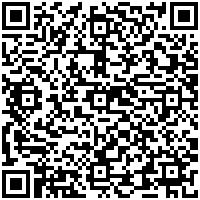