Seduced by the Sacred: Forging a New Jewish Art

In many ways, it should be a no-brainer for readers of The Jewish Press to make the decision to visit the latest Jewish Art Salon exhibit, Seduced by the Sacred, or, if the trek to Hartford is prohibitive, to immerse themselves in the works online. After all, most readers of this publication are surely already seduced by the sacred – however problematic the definition of both terms may be – and, particularly if they are regular readers of this column, they will be intrigued by the question of new Jewish art.

In other ways, however, readers of The Jewish Press might be overqualified for Seduced by the Sacred, and the target (or at least ideal) audience for the show may be people who are less engaged with the usual suspects of Jewish art. Jewish art aficionados will already be aware of many of the show’s participants – Archie Rand, Tobi Kahn, Mark Podwal, Richard McBee, John Bradford, Siona Benjamin and others – and the notion of this art being new is perhaps a bit outdated.

But the show, which the curators say covers a “new generation of Jewish artists [who] came of age after the 1970s and craved more authentic religious and cultural experiences,” is vital for those who are not as familiar with Jewish art. One just wishes the catalog provided slightly more guidance for this audience in how to interpret the unique terminology and set of themes and symbols inherent in contemporary Jewish art.

“The very nature of the sacred; [sic] beyond proof and rationality, immutable, intractable, once again became desirable and easily connected to the entire history of Judaism,” write the curators, singling out Christian, Buddhist and Hindu artists as creators of religious art that is ritual-based. “Christian art had fixed iconography and history; Jewish art reveled in its own indeterminability. An invisible God and the space of encounter invite radical re-understandings of texts and images.”

There have been radical re-readings of Jewish texts and Jewish artists have had to grapple with a semi-visible God (the artists of Dura Europos, and the creators of many Haggadot, have managed to envision God’s hands), but the comparison between Jewish and Christian art is a bit simplistic. Surely some of the iconography Christian artists had “fixed” was based on prior works of art fixed by Jewish artists, and the early visual history of both religious traditions was typified as much by its connectedness and mutual borrowing as it was by its differences.

One also wonders why the curators’ statement entirely neglects Islamic visual traditions, though there is certainly a strong element of Islamic architecture in one work in the show, Mark Podwal’s etching, “Jerusalem as the Crown of the Torah” (1984).

Podwal takes the term keter Torah (crown of the Torah) literally, and portrays Jerusalem as the ornament on the top of a Torah scroll (of the Ashkenazi variety). On the top of the crown (which also mirrors the primary position of keter on the Kabbalistic model of the Sephirot) is the Dome of the Rock. Where some Jewish artists try to mask the dome and to emphasize the Western Wall, Podwal gives the Islamic shrine a central position, and the minaret and some trees framing the mosque mirror the pillars flanking the Ten Commandments on the Torah ornament and the handles underneath the Torah. Podwal has formally created a double spine that props the work up, which combines Jewish and Islamic visual elements.

The forms in Nuchi’s drawing echoe those of Renata Stein’s “Gateway to Heaven”  (1994). But the rest of the works in the show mostly seem unconnected to each other. Though the curators explain that the show uses the song Lecha Dodi (“Go my beloved”) as a “paradigm for Jewish artists who are willing to encounter experiences greater than themselves,” the only work that seems to respond to the paradigm is David Wander’s 2010 acrylic on paper painting, “Come My Beloved” (the usual translation of Lecha is “come,” though I argue “go” is more appropriate).

One work (which doesn’t address the Shabbat service introductory song) is Janet Shafner’s “The Daughters of Zelophehad” (2006). Machla, Noa, Hagla, Milka and Tirtza, the five sisters who appear in Numbers 26, 27 and 36, as well as Joshua 17 and 1 Chronicles 7, made names for themselves by requesting to inherit their father’s portion of land in Israel after his death because he had no sons.  Shafner depicts the five in classical attire in a landscape worthy of Dali. A circle of boulders sits at their feet, and a field of red (evoking lava) in the background sets four of the sisters forward in space.

According to the artist’s website, the daughters are depicted as “sentinel figures” and are “set against a panorama of walls – ancient and modern, including the politically charged contemporary wall between Israel and her Arab neighbors.” Written upon the red field is the text from the biblical narrative.

After reading the biblical texts about the five sisters, one is left with a number of questions about the women. When they approached Moses, did they all pose the question together, or was there a ringleader and four shyer sisters? Were they the epitome of politeness, or were they combative? Did they feel entitled or were they pessimistic about their chances?

In Shafner’s vision of the episode, the sisters are animated and they assume active poses. Although the artist calls her own figures sentinels, they appear to me to assume offensive, rather than defensive postures. As they stand on a controversial boundary between Israeli and Palestinian territories, these women reach out to each other and stretch their hands out over the land. Most confidently stand up straight, and the one who crouches seems ready to pounce. If the show is mostly about the passive Shabbat queen of Lecha Dodi, these are enterprising and entrepreneurial women. At a contemporary political crossroads, they cannot help but exude possibility and potential.

Shafner’s figures work so well, because they are strong as individuals and as a team. Seduced by the Sacred is perhaps not as powerful a cohesive group of pieces, but it certainly has some individual stars that deserve recognition. 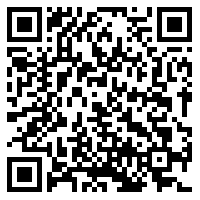