This week we are going to resume our conversation on the various aspects of collecting Judaica.


First a note on the very early Judaica exhibitions – proof that the field is very eclectic and diverse. The first exhibition was held in 1878 at the Trocadero in Paris; on display was the now famous Strauss collection. It was a sensational event that stirred the interest of collectors and museum curators. The variety of items displayed was very educational; this was the first time one could view the glorious Chanukah menorahs made by the famous Frankfurt silversmiths in the 17th-18th centuries as well as early spice containers, Havdallah compendiums, illustrated Megillot, illuminated early Ketubot, marriage rings from the 17th century, Torah Breastplates, Torah Crowns and Parochets. What surprised viewers was the astounding craftsmanship of the items displayed and what they revealed about the culture that produced them. As I said, a sensational event for both the Jewish and non-Jewish world.

A subsequent exhibition of Judaica items was held in London in 1887. This one was much larger, presenting a few thousand objects assembled from private collections and various museums. It was after this that the Anglo Jewish Historical Society was established and later became the London Jewish Museum. A reissue of the catalogue is available online at cambridge.org.

Interestingly, the Strauss collection, which had been exhibited at the Trocadero, was later donated by Baroness Nathaniel de Rothschild to the Cluny Museum in 1890 and formed the basis for the current Paris Jewish Museum, which was established in 1986 by then Parisian mayor Jacques Chirac. Both the Cluny catalogue and the Paris Jewish Museum catalogue are available through second-hand book dealers and, of course, online.

Which brings us to today and the present Judaica collecting field. The old time collectors, the ones who began collecting when I did, collected everything from haggadot to spice boxes and even archeological Jewish objects. While you will still find people like that today, there are those who specialize in one to two specific items.

For example, collecting spice boxes is a fascinating specialty as there are so many different shapes, sizes and price ranges to choose from. The same is true of Chanukah Menorahs: from Renaissance Bronze to ones made in the 19th century, and from any part of the world where Jewish communities flourished.

Of course Synagogue ritual art is also abundant but for various reasons not usually collected.

As I write this article, two Judaica auctions are taking place: Greenstein in Cedarhurst held one on June 25th and Kestenbaum Auctions in New York on June 26th – both perfectly illustrate the ever-present opportunities for acquiring Jewish Ceremonial Art – a most rewarding endeavor. 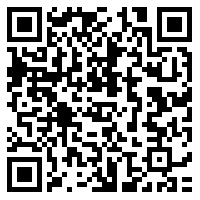