If you are anywhere near my age, you grew up in a time when getting a tan was considered healthy looking, using a reflector was a great way to get color on your face even faster and suntan lotion was meant to accelerate a tan, rather than prevent it. Fast forward to 2014. We are back to the wisdom that Scarlett O’Hara was raised with: milky white skin rules, not because it is a sign of wealth but because it means we are doing our best to avoid getting skin cancer, clearly not something on anyone’s to do list. Which means that in today’s day and age, sunscreen is a necessary evil, not unlike flossing. Both are a royal pain, but still something we need to be using on a daily basis.

According to the American Academy of Dermatology, everyone, no matter what color his or her skin, is susceptible to skin cancer, with more than 3.5 million skin cancers diagnosed in 2 million people annually. So no matter how dark you are, or whether you tan instead of burn, you need sunscreen whenever you’re outside. Be extra vigilant when you are near snow and water, which only boost the effects of the sun’s rays – don’t think that clouds offer a free pass from the sun’s UV rays, because they don’t. In fact, the only ones who shouldn’t be wearing sunscreen are babies under six months of age who should be kept out of the sun entirely. All in all, a pretty daunting concept, but is skin cancer really something you want to take a chance on?

What to look for in a sunscreen? Broad spectrum protection, which protects against both UVA and UVB rays, and a Sun Protection Factor (aka SPF) of 30 or more, to be applied religiously every two hours. If you are going swimming you want to use a water resistant sunscreen and the AAD recommends applying a shot glass full of sunscreen to dry skin 15 minutes before you go outside. If you are using spray sunscreen, be sure to use as much as you can rub into your skin and avoid spraying it on your face so you don’t accidentally inhale it – it probably tastes nasty and isn’t meant for human consumption. If you are applying a spray sunscreen outside, factor in any possible winds which can blow the product into the air instead of reaching its intended target – your skin – or just spray it into your hand and rub it in so that you know you are getting full coverage. Last but not least, avoid using a spray sunscreen near an open flame – it’s flammable.

Having said all that, things can get even more complicated. Walk into any supermarket or pharmacy and you will likely see name brand sunscreens sitting side by side with store brands. Are generic sunscreens worth the savings in price or will you pay for that discount in years to come?

A Consumer Reports study found that not only were store-brand sunscreens effective, but they actually beat the pants off their higher priced counterparts, ranking the Walmart brand Equate Ultra Protection Sunscreen SPF 50 as its top pick, comparing it favorably with Coppertone Water Babies SPF 50 lotion, at less than half the price. The best bang for your money in the spray sunscreen category was another store-brand, this one from Target; look for its Up & Up Sport SPF 50.

Your local closeout store likely has a full display of sunscreens at bargain basement prices but the question has to be asked: Will it do the job or has it already outlived its useful life?   The obvious answer is to check for an expiration date somewhere on the product. In general, sunscreens have a three-year shelf life and the FDA only requires expiration dates be printed on products that will expire before that three-year time period. So if you are buying sunscreen without an expiration date on it, call the manufacturer who can likely tell you when the product was made based on the codes stamped on the bottle. If the sunscreen hasn’t expired, then by all means buy it on the cheap, but maybe take a minute or two to write the expiration date on the bottle so you know when to toss it. If you can’t find anyone who can tell you when the product was made then leave it on the shelf. It isn’t worth saving a few dollars now only to find yourself worrying about melanoma later on in life.

‘They Can Destroy Our Homes, But Not Our Spirits’ 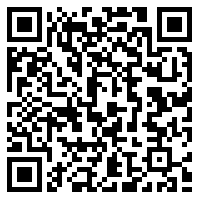