What about the figurative sublime and the hybridized impure sublime you have written about?

My work begins with the reality and experiences of my personal life. Brighton Beach Exodus started with my vision of Moses on the beach at Brighton. From my childhood, that is a view I have seen thousands of times and from the very beginning had the image of Moses slaying the Egyptian at Brighton. Everything else grew out of that. This was clearly a Torah narrative placed in the modern world, my modern world; the ruined amusement rides, toys pumped up and my friends pumped up as models in the narrative…I start out with an experience I have and then take it to a more metaphysical place.


Much of Silverstein’s work is concerned with the idea of “the sublime.” He comments: “The tradition of the sublime as articulated by Emmanuel Kant relates to feelings of awe and transcendentalism in confronting nature and creation. The subject struggles with an all too human inability to express the infinite through mere language. Think of a viewer before a thunderstorm or a vast mountain gorge.…I am evoking a figurative sublime, but one very aware of its abstract precedents. The concept of the sublime has again becomes relevant for us, if only because it presents an aesthetic way to counter the materialism and definitions of our own time. I am proposing a hybridized impure sublime using cultural representations of all sorts; things observed and imagined. Images can be drawn from life or popular culture with no one representation seen as superior, more truthful or more relevant, much like the indeterminacy of postmodern thought. A movie still of Charlton Heston’s image can represent Moses, but so can a friend from my youth, a toy, an art historical reference or my own self-portrait. My goal is the depiction of a metaphysical reality; one where the boundaries of science, materialism and contemporary culture hold sway, but just barely. A fixed iconography gives way to a fluid one, recalling the old Second Commandment battles over images and image making in all the great monotheistic religions.”

Silverstein’s work needs to be understood as the raucous collision between the deeply personal and the grandly Biblical, grafting elements with a breathtaking aesthetic abandon that is determined to change the world and how we look at it. He is a Jewish artist for our times. 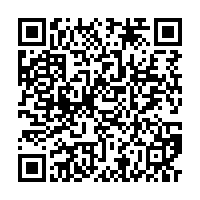