Arthur Szyk (1894; Lodz, Poland – 1951; New Canaan, USA) was a driven man determined to serve his people through his art. A passionate supporter of Jabotinsky’s Revisionist Zionists from at least the mid-1930’s, Szyk’s art almost always had a political edge. As we noted on these pages arch 12 & 19 2010, the Szyk Haggadah (1934 -1936) was originally an explicitly anti-Fascist creation. Therefore the recent publication by Historicana of “Heroes of Ancient Israel: Playing Card Art of Arthur Szyk” is notable for its lack of overt political content. Indeed, its strength lies in a subtler affirmation of Jewish sovereignty and wisdom.


In many ways the painting, “Trumpeldor’s Defense of Tel Hai,” Lodz, 1936 is more typical of Szyk’s work during those years. Here he is celebrating the ultimate sacrifice of Joseph Trumpeldor, the venerable hero of early Zionist settlement, martyred on March 1, 1920. Szyk depicts the one-armed Trumpeldor rallying his men to defend the northern Jewish settlement. Our green-shirted hero is at the pinnacle of a heroic pyramid of fighters composed of every kind of Jew – women, men, old, young, pious and secular. The quotation from Pirkei Avos 1:14 at the bottom of the image: “If I am not for myself, who will be for me?” brilliantly unites a political image with a sacred text. Significantly, this image was later used by the Bergson Group in America to rally support for the defense and establishment of the State of Israel during World War II.

In contrast, the original watercolor and gouache painting of “Playing Card Art” (Collection of Raziel Unger) thought to date from the mid-1930’s (the works are undated) simply arranges Jewish kings, Queens and heroes into the Court Cards (King, Queen, Jack) of the standard four playing card suites (Spades, Hearts, Diamonds & Clubs). That said, Szyk’s choices and order of placement are revealing. I believe it will be instructive to read the cards as a kind of psychological transition from a harsh and aggressive hero to a more subtle expression of Jewish power. It is important to note that we have no indication from the artist as to his ultimate intentions in these works.

All of the figures are holding a symbolic object that denotes their power or attribute. This arrangement reflects the historical tradition of European playing cards that, beginning in the 14th century, were hand-painted (and printed) illuminated miniatures generally depicting figures of nobility. It is logical to seek a common theme across each suite and to order it within the chronology of Jewish history, as can be easily seen in Szyk’s choice of kings.

The King of Spades is King Saul, grasping the fateful spear that he threw in anger at David. He menacingly frowns at the viewer, a pure distillation of aggression. Next to him is Queen of Spades, Queen Esther, holding a royal scepter that is hers by right and by dint of her courage to approach King Ahasuerus unbidden. She gazes at us imperiously. Finally the Jack of Spades is represented by Judah Maccabee, the proto-typical Jewish revolutionary general. His laudatory cunning and courage are perhaps mitigated by the fact that his family presumptuously combined the office of High Priest with that of King of Israel. Each member of this suite exhibits an assertive if not aggressive personality.

Next the King of Clubs is King David, here represented by his poetic harp. His gaze is softer and more thoughtful than Saul. Judith is the Queen of Clubs and, while brandishing her sword with a determined look, she is known for her great piety and skillful manipulation of the foolish Holofernes, who was drunkenly led to the bed in which he would lose his head. Bar Kochba is the Jack of Clubs, also with a more introspective expression, his heroism against the Romans but a prelude to the tragic beginning of a 2000 year exile. 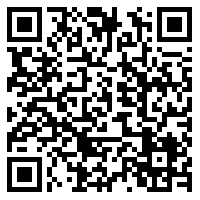