Everybody reads comics. From the New York Times to the Post there is hardly any periodical published that doesn’t sometimes feature a cartoon or comic; some kind of drawn image with text to entertain or provide commentary. Even the Jewish Press. When most people think of comics they immediately think of fictional comic books that kids read or the comic strips in the daily newspapers for adults. Comics that document personal stories dealing with political themes or traditionally taboo topics did not gain recognition until they emerged as an underground movement in the late 1960s to early 1970s. Using comics to tell personal stories can have a definite advantage over books, in that they help the viewer imagine the story as it unfolds. What is particularly striking is that Jews have always played a significant role in this complex American art form.


Reviewing the history of comics back to the 1920s when they started gaining popularity, the subject matter seemed to change in each decade. During WWII, comics focused on Super Heroes, the war and American pride, with characters like Flash, Wonder Woman, Superman, and the Justice Society of America. After the war, interest in Super Heroes declined and stories about life at home, romance and crime in the cities grew. The 1950s brought comics about science fiction, horror, and gore. Super Heroes reemerged in the 1960s with new characters like Spiderman, the Hulk and X-Men.

Surely you have been to a museum, viewed a painting and asked yourself what the meaning is, or even eavesdropped on someone else talking about it as they walked by. The artists of “Graphic Details; Confessional Comics by Jewish Women” at the Yeshiva University Museum don’t leave you guessing about the message of their art, but they do leave you thinking. The 18 brave women artists include: Vanessa Davis; Bernice Eisenstein; Sarah Glidden; Miriam Katin; Aline Kominsky-Crumb; Miss Lasko-Gross; Sarah Lazarovic; Miriam Libicki; Sarah Lightman; Diane Noomin; Corinne Pearlman; Trina Robbins; Racheli Rottner; Sharon Rudahl; Laurie Sandell; Ariel Schrag; Lauren Weinstein; and Ilana Zeffren. They were brilliantly selected by curators Michael Kaminer, and Sarah Lightman, not only for their graphic talent and writing skills, but for their ability to stimulate your thinking about the nature of contemporary Jewish life. This touring exhibition has already been seen in San Francisco and Toronto and will travel to Washington D.C. next. Zachary Paul Levine, Yeshiva University Museum Assistant Curator, was instrumental in bringing it to New York. He adapted the exhibit to include a few unique features to aid the viewer. His wall texts have added valuable commentary giving Jewish insight on the works. Additionally, Levine added interviews with the artists called “Artists in Their Own Voices.” They can be viewed on a monitor in the exhibit (excerpts can be found on youtube.com), creating a more personal and intimate connection.

Collectively, many of the artist’s works share the central theme of struggling with notions of Jewish identity while in search for their own place in society. What it means to be Jewish or how a Jewish person lives in society changes as Jews settled in different parts of the world. Jewish people adapted with each move, merging being Jewish with their surrounding culture. So when these artists needed to express something about their Jewishness, they naturally merged it with a favorite American pastime. As a result they also became commentators of contemporary Jewish life. The subjects of “Graphic Details” are wide-ranging including love, relationships, friends, growing up, marriage, pregnancy, parents, family, Israel, the Holocaust, war, and politics. Each story documents how contemporary Jews face life’s challenges. Ariel Schrag and Miriam Katin represent two types of struggle. Schrag struggles with her individual identity. Katin struggles with Jewish identity in society and with God.

Schrag is a young artist who casually addresses a common but extremely sensitive Jewish identity question faced by many in her generation: she has a Jewish father and a non-Jewish mother. In a short comic called “The Chosen” Schrag was trying to find someone to take over the lease of her Brooklyn apartment and, after speaking to her landlord, several chassidic brokers called her. While looking around the apartment, a broker named Joseph notices her last name and asked “Are you Jewish?” Schrag tells us that before she answered she had a flashback to a past experience with a chassidic broker: “The last time I’d been asked this question was by the chassidic broker who first rented the apartment to me and my sister.” At that point, her sister had answered for both of them. “Well our Dad is Jewish and our Mom isn’t, but we celebrate Hanukkah and Passover, so . . .” After which the broker replies “Not Jewish,” walking away and ending the conversation. 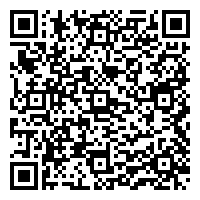