In 2007 the Office of Pupil Transportation (OPT) of the New York City Department of Education took a giant step forward in serving our yeshivas. Rabbi Moshe Ausfresser, assistant principal of Yeshiva Toras Emes Kaminetz, was appointed transportation coordinator for the yeshivas and Bais Yaakovs served by OPT.


In October 2007, representatives of more than 125 yeshivas in New York City attended a meeting at Yeshiva Toras Emes Kaminetz, called by the OPT to improve its communication processes and to develop a smooth problem solving relationship. Rabbi Ausfresser chaired the meeting, with senior OPT executives giving valuable presentations.

That was the start of a beneficial relationship for our yeshivas. Presently, more than 84,000 children are transported to and from school on more than 2,000 buses every day. OPT aims to ensure that all eligible students receive safe, clean and timely daily transportation to and from school and field trips for both public and non-public schools. This is ensured through the provision of either student MetroCards or yellow school bus rides.

Services are customized and individualized with a high dependence on accurate data and coordinated logistics planning. Schools have the opportunity, at the beginning of every new route, to personally meet with “their” drivers in order to forge a better understanding of the needs of each child.

Eric Goldstein, CEO of support services for the Department of Education, opened the event by welcoming everyone and inviting them to take advantage of the opportunity to ‘‘meet the team” and reminding them that effective dialogue coupled with strong teamwork is the best way to ensure a continuously improving service. Mr. Goldstein is a stalwart friend of yeshivas, whose transportation officers know he will give them his full attention.

After a brief welcome by Fred Kreizman, assistant commissioner in the Office of the Mayor, Rabbi Yehuda Oelbaum of Machon Beis Yaakov gave a short speech stressing the importance of hakaras hatov and comparing OPT to a malchus hachesed that must be recognized for its instrumental in the well being of Klal Yisrael.

Rabbi Naftulie Weiss, director of Livnas Ha’Sapir, gave credit and expressed appreciation to every person in the system and remarked that “We must treat our job as if we are transporting expensive wine and if we drive too fast, our bottles will break.”

Alexandra Robinson, the new executive director of OPT, thanked everyone for attending, introduced OPT staff members, and reassured participants that safety and inspections team are working on delivering a high standard of service with a quick response time. She also highlighted key issues involving the Customer Service unit (and encouraged schools to call in with information, complaints and concerns) and praised the Inspection Unit for its dedication in ensuring the condition of buses and the competence and professionalism of bus drivers and attendants.

She was followed by Deputy Executive Director of Special Education John Mulligan, who advised that in order to ensure superior routes and circumvent delays, parents should bring all relevant information to the initial meeting with CSE.

Rabbi Ausfresser announced there was still a final opportunity, on Brooklyn-Queens Day, Thursday, June 7, for a late field trip. He also noted that in case of weather emergencies there is a new system in place that allows a school, using a designated e-mail address, to notify OPT from 7:30 p.m. the prior day of a school cancellation.

As a follow up to the meeting, OPT confirmed that the calendar for next year has already been approved and that the half day for Kindergarten will now be on Thursdays rather than Fridays. In addition, OPT Director of Training Ed Jacobsen reminded everyone about upcoming training sessions in NPSIS, the Non-Public Calendar Application use as well as the correct use of the OPT 199 application.

Postscript To The Asifa

In calling members of the observant community to attend last week’s asifa at Citi Field and Arthur Ashe Stadium, a two-page broadside, titled “Kinus Klal Yisroel for our Future Generations,” was prepared.

Pictures of contemporary leading chassidishe rebbes, rosh yeshivas and rabbis were added along the borders of the placard as an indication of their endorsement and encouraging attendance. The poster carried a banner in Hebrew proclaiming “And They All Came Together In Unison…” Among those pictured were both Klausenburger Rebbes, both Bnei Brak Vishnitzer Rebbes, and Rabbi Zalman Leib Teitelbaum, Satmar Rebbe.

The broadside was published in chassidishe Yiddish newspapers, including Der Blatt, the official publication of Satmar chassidim who follow Rabbi Aaron Teitelbaum, Satmar Rebbe. Possibly, the broadside’s intention was not limited to proper handling of the Internet but also at working toward and achieving achdus, ahavas Yisrael and ahavas chinam, especially in these times of great challenges.

On Wednesday evening May 16, 40th of the Omer, Yitzchok Yosef Twersky became engaged to marry Esther Jungreis, daughter of Rabbi Mordechai Zev Jungreis, Nikolsburger Rebbe in Boro Park and Woodbourne. The chassan is the son of Rabbi Benzion Yehuda Leib Twersky, Hornsteipler Rebbe and noted psychologist. The engagement was celebrated at the Nikolsburger Beis Medrash on 16th Avenue in Boro Park.

This simcha followed that of the wedding of Yitzchok Dov Jungreis to Tziporah (nee Friedman), daughter of Rabbi Alexander Zusha Friedman, at Ateres Chaya Sarah Hall in Monsey. The chassan is a son of the Nikolsburger Rebbe. Sheva berachos were held at Beth El Hall on 15th Avenue in Boro Park in order to accommodate the larger participation of chassidim, family, and friends at the tefilos, tisch, and kiddush led by the Nikolsburger Rebbe. (The Nikolsburger Rebbe’s lineage was detailed in the February 2 My Machberes column.)

The aufruf was celebrated on Shabbos Bamidbar, erev Shavous, at the Skolya Beis Medrash on 18th Avenue. The forshpiel took place on the second day of Shavous and included, after Maariv, music and flaming torchlights. 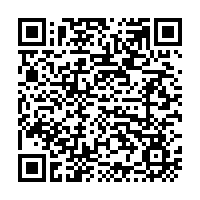