Laura Kruger has done an extraordinary job for the Jewish people. Through vision, determination and discrimination, she has in the past 24 years carefully nurtured the struggling prospect of contemporary Jewish art. For most of that time she has stood alone among curators and Jewish museums, providing an often singular forum for emerging contemporary Jewish visual culture. While the battle is far from over, she has established a veritable beachhead of exhibitions that, taken together, make it impossible for any rational person to question the vitality of Jewish visual creativity today.

The Joseph Gallery at Hebrew Union College was first opened in 1983 under the direction of Reva Kirschberg, historian of Jewish Art and Judaica and founder of the Bernard Museum of Judaica at Temple Emanu-El. Over the years the HUC Museum has expanded and since 1991 has been curated by Laura Kruger under the sound directorship of Jean Bloch Rosensaft. Kruger’s assistants Phyllis Freedman, Nancy Mantell and, recently, Rose Starr along with Lizzi Bolger have all been invaluable in executing her curatorial vision.

I deeply believe that contemporary Jewish art is essential to critical Jewish thought and the continued renewal of the Jewish people. Not surprisingly, I have enthusiastically reviewed 18 of Kruger’s exhibitions from 2002 to the present. While I do not maintain that every one of the exhibitions has been of equal aesthetic and/or historical importance, it is clear that the scope of Laura Kruger’s curatorial production is deeply significant within the blossoming that visual Jewish culture is undergoing. As Matthew Baigell, pre-eminent historian of contemporary Jewish art, has observed in the Forward: “We are living in a Golden Age of Jewish Art, but don’t know it.” Specifically, Baigell recently stated that Kruger “is the most important curator of Jewish-themed art in the country” and “that he does not know of another curator who has played such an important role in the history of contemporary Jewish American art.” Kruger is at the forefront of a movement that she has helped create; an often unsung heroine.

Broadly speaking, the group exhibitions at HUC Museum focus on either the issues of the day appropriated by Jewish eyes: women, race, aging, film, war and America; or explicitly Jewish concepts such as Shabbos, Israel, Jewish Communities, Biblical women, Holocaust and Jewish holidays. Some of these have been enormously significant, such as Waldsee (2005), in which contemporary artists confront the Nazi attempt to lure Hungarian Jews to their deaths in Auschwitz, and Envisioning Maps (2008), a radical examination of borders, space, limits, history and halacha. One group exhibition, “The L.A. Story” (2007), presented ten West Coast Jewish artists who were part of the Jewish Artists Initiative of Southern California founded by Ruth Weisberg in 2003. This exhibition, and the subsequent panels and discussions, were the impetus for the creation of the Jewish Art Salon in 2008, now a major international forum of contemporary Jewish art.

Nonetheless, more than twice that number of HUC Museum exhibitions have been devoted to individual artists, almost always focused on one particularly Jewish aspect of visual expression. It was in these exhibitions that we were able to fully appreciate the scope and maturation of contemporary Jewish art.

Providing a forum for individual artists is fundamental to nurture a visual culture. This is exactly what I have attempted to do in a decade of columns in this newspaper. But without an actual place to show their work, engage an audience and a larger culture, artists will soon abandon their creative struggles. Within the constraints of her hosting institution, Laura Kruger has been a sympathetic eye to legions of Jewish artists in the two decades that have witnessed an explosion of Jewish visual creativity.   This role is crucial to nurture contemporary Jewish art.

This of course begs the question as to why a Jewish visual culture has any value at all. Therefore, I posit that Jewish art is another aspect of a beis midrash as the place of Torah study. Artists who base their works on Jewish concerns, the Jewish people, history and textual traditions are engaged in an essential aspect of Torah study. They need to test their ideas, new or old, against both aesthetic and religious traditions. Additionally, they need to reflect and/or push back against biblical text, Talmudic and midrashic opinion as another aspect of their own creativity. To engage the viewer with Jewish thought, they need to visually entertain and keep them looking at things Jewish. Finally, to enlarge and add more people to the ongoing conversation about the vitality of the Jewish people today, those who create Jewish art are vital in strengthening us with a modern cultural identity to better defend us against the many who wish to harm and destroy us. As far as I am concerned, Jewish visual culture is fundamental to Jewish survival.

Considering the fact that I have previously written about many of the HUC Museum solo exhibitions, I mention a few simply to set the tone and scope of contemporary artists considered: David Wander’s illuminated Megillah Esther and Sefer Jonah as well as Siona Benjamin’s Esther recast our ancient Jewish narratives into a refreshingly foreign and subversive light; Archie Rand’s 19 Diaspora Prayers and 39 Shabbos Labors forced us to reassess fundamentals of religious life; Janet Shafner’s Dark Prophecies starkly contrasted with Ruth Weisberg’s optimistic visions to begin to frame the debate about the very nature and tone of Jewish belief. Where else but at HUC Museum could the Venice Ghetto Holocaust Memorial of Arbit Blatas coexist with his European Opera paintings; just as the retrospective of Nathan Hilu’s Torah Made Manifest unfolds in image and text ranging through all Tanach, midrash, Jewish fables and local Lower East Side shuls? You won’t find this cutting edge Jewish art in your local Judaica shop or originating in practically any Jewish museum in the country. The HUC Museum has been at the epicenter of what it means to be modern, Jewish and visually creative and Laura Kruger has been its guiding light.

Especially in light of the achievements of the last decade, it must be noted that there is still much crucial curatorial work to be done to fulfill the dual role of midwife and nurturing parent to contemporary Jewish art. There are many extremely important artists creating Jewish art whose work has not had the exposure it needs and deserves. While I am confident Kruger is up to the task, it is just as important that HUC and its supporters fully understand the important and historic role they must continue to play in Jewish visual culture. In fact, because of past success, the task at hand is doubly urgent. 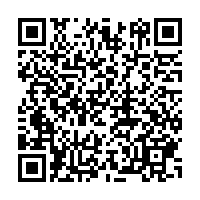