Are Hamas and Egypt moving to patch up their poor relations? According to the Rotter online news site, Musa Abu Marzouk, deputy director of Hamas’ political wing, told a Hamas website Monday that Cairo’s proposed conditions for a ceasefire will change in the coming hours.

Egypt and Hamas do speak directly, due to the tensions between the two sides. But according to reports out of Cairo, Mohammed Dahlan, a former senior Palestinian Authority minister and today a security advisor to the United Arab Emirates, is brokering the talks.


Dahlan is trying to draft an addition Memorandum of Understanding (MOU) to be added to the original Egyptian proposal.The reports did not say which parts of the Egyptian draft would be “improved”, but it likely means that Hamas conditions at border crossings into Egypt would be improved.

Israel has agreed several times to the Egyptian ceasefire proposal, but Hamas as continued to fire. Cairo has been determined to oversee a staged ceasefire, meaning a first stage in which both sides hold their fire and resume the ceasefire understandings that followed the 2012 Operation Pillar of Defense, and a second stage that would include negotiations about the ceasefire clauses and conditions. 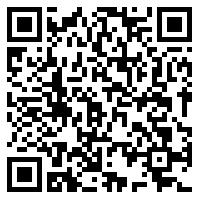