I am in Hotel Renaissance, and looking through my room’s panoramic window I can see all of Tel Aviv’s beaches lining up one after another, down south till the border with Jaffa, and then even further until the port of Jaffa, and right behind the port – the hill of Jaffa HaAtika, Old Jaffa.   I can see the top of the hill; on it are the Catholic Cathedral and the minaret of a still functioning mosque. In the 1950s Old Jaffa was still the Casbah with its ill-reputed taverns and caverns, inhabited by poor Arabs, fishermen and smugglers. It was dangerous to walk around the neighborhood at night – I know that first hand since my family and I used to live not far from there.

Further down I see the high risers of BatYam – all of which make a fantastic sight in the shimmering blues of the sky and reflected in the warm waters of the wavy Mediterranean Sea.


However, I am here to report on the goings on in Judaica.

Well, the situation is this. Over the past 20 years or so, with the advent of Russian artists and craftsmen, a new renaissance has taken place. Galleries and gift shops are filled with offerings from these artists in silver, brilliantly colored paper cuts, paintings and sculptures, ranging in quality from the kitsch to masterpieces, all selling for high prices.

In addition, a new generation of Sabra artists have come to the fore, creating imaginative and attractive pieces of arts. It is a booming market, but you have to be selective in your choices.

Concerning Antique Judaica, there are three auction houses in Tel Aviv, and one, Kedem, in Jerusalem. It is the largest and dedicated solely to Judaica.

Kedem had a big auction on May 14th with a very large catalog dedicated to Jewish and Israeli history and international art. The international section featured mainly Jewish artists from Israel and Europe.

In the historical section, Kedem had a very rare Judenstaat by Theodore Herzl (first edition, 1896), which sold for $5,000. A very early travel book depicting sights of the Holy Land and maps of Eretz Israel, Magdeburg 1577, was estimated at $5,000. An interesting Josephus Flavius with woodcuts, 1575 Strassburg, had an opening price of only $500. A very interesting photo album from the 1920s containing 470 photos depicting the sights and the people of Eretz Israel opened at $2,000. An album of Autographs and Dedications sold for $55,000.

The catalog of 270 pages featuring original paintings, autographed letters, anti-Semitic posters and various historical documents was one of the largest produced by Kedem. While most items were priced in the hundreds, there were also items in the high thousands.

An auction of fine arts, mainly paintings, was held in Tel Aviv on May 21st by Mats-Art. It featured works by Israeli artists like Rubin, Castel and Guttman.

Some of the unsold painting surely found buyers after the sale.

Now let’s see what is going on in the field of Antique Judaica.

Jerusalem and Tel Aviv are the main markets, but what you’ll find at first glance is a mix of ritual objects with general antiques. The genuine article can be had but do be aware that some items have been made in Israel or Eastern Europe. Many of the establishments that sell these items can be found near or across from the King David Hotel in Jerusalem. In Tel Aviv they are mostly on Ben Yehuda between Gordon and Trumpeldor St. While the Jaffa Flea Market is a source, it would be hard to find anything of vintage other than furniture or rugs. 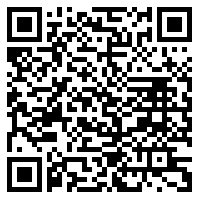