During Rav Naftali’s time, the Haskala movement was beginning to spread from Western to Eastern Europe with its great centers of religious Jewry. Its followers, who were called maskilim, were so enamored of the secular European culture that they mocked tradition, threw it to the winds and threatened the very existence of Judaism. Their inferiority complexes led them to reject Torah values and thus win favor and equality in the eyes of the non-Jews.

In Galicia, where Rav Naftali lived, this problem also began to manifest itself. The center of the Haskala was the city of Tarnapol, where a group of maskilim did everything to mock and ridicule the Chassidic rabbis.


One day, Rav Naftali came to Tarnapol on an urgent mission of mercy. There were Jews who had been jailed on unjust charges. In Tarnapol, there lived a very wealthy Jew who could donate a great amount of money for this noble purpose. Unfortunately, he was a bitter maskil and an enemy of Chassidism.

Nevertheless, because of the urgent nature of his mission, Rav Naftali decided to go to the man’s house anyway and try to persuade him to give money for this greatest of mitzvos.

When he arrived at the man’s home, Rav Naftali entered the courtyard, where he was suddenly set upon by a group of dogs. The beasts began barking loudly and snapping at Rav Naftali who, in self-defense, raised his cane to frighten them away.

The rich man, sitting by the window, saw what was happening and called out: “It is apparent that you know a little learning. How is it, therefore, that you raised your cane against the dogs? Do you not remember the pasuk that that says: ‘Wicked one, why do you strike your neighbor?’”

The mocking point of the question was not lost upon Rav Naftali, who immediately answered: “I raised my cane to protect myself against the beasts that wished to tear me to pieces. But you – what is your excuse for forgetting the pasuk in which Moshe, our teacher, asks: ‘Shall your brother go out to battle and you sit there?’”

Still another source of opposition for Rav Naftali came from the misnagdim of Ropshitz who, while traditional, opposed the entire chassidic movement.

One of the greatest opponents was a certain wealthy man who did all that he could to make life difficult for Rav Naftali. Nevertheless, the rav never complained or attempted to get revenge against his tormentor. One Erev Yom Kippur in the late afternoon, the wealthy man arrived at the home of Rav Naftali with a plan to destroy his reputation.

He entered the rav’s study, holding in his hand two bottles of old and strong wine. Putting on a show of humility, he said to Rav Naftali: “Rebbe, I have come to tell you that I am sorry for all the trouble that I have given you, and I beg your forgiveness.”

Rav Naftali assured the man that he bore him no grudge and that all that had happened was buried.

“Wonderful, Rebbe,” said the man, “and to symbolize our friendship I have brought you some wine. Let us drink l’chayim and bless me so that I may have a good and healthy year.”

Rav Naftali agreed, and the man poured a glass of wine for the rav. Rav Naftali drank the wine and blessed him and all Israel with the hope of a year of salvation and redemption. The man poured out another drink and a third, and each time Rav Naftali repeated his blessing. More drinks followed until the bottles were empty and only then did the man take his leave. 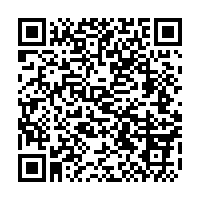