Let’s face it. How many of us really pay attention to the Megillah as it is being read? Unfortunately one of the side effects of learning these stories as children is that the level of understanding at which it was presented to us in our youth persists into adulthood and therefore our understanding remains unsophisticated. Due to an over-familiarity of the plot, the Megillah reading has an almost soporific effect and even the best intentions at concentration are often derailed as the significance and relevance of events that occurred over 2,000 years ago is lost on us year after year.

The Megillah is rife with allusions to other stories in Tanach. One of my favorite aspects of studying Tanach is noting word similarities between different passages and trying to understand the message conveyed through this textual interplay. Through my artwork I wanted to highlight a literary parallel that exists between the Megillah and a prophecy in Zechariah, whose message has always appealed to me on a moral and spiritual level.


In the book of Zechariah we are told of the following incident: The year is 355 BCE, King Achashveirosh of Megillah fame has died and Darius II, Esther’s son, has succeeded him. Two years into his reign King Darius allows for the rebuilding of the Second Temple. In Darius’s fourth year as king a delegation of Jews arrives from Babylonia to ask a question of the prophets and kohanim in Jerusalem: Now that the Temple is being rebuilt, is it still necessary to fast on the ninth of Av, the day the First Temple was destroyed 68 years prior?

God reveals His answer through the prophet Zechariah who states that God Himself never decreed the fast days or various customs of mourning established by the Babylonian exile. What God has declared through his prophets all the years leading up to the Babylonian exile is that His people “judge with truthful justice, and practice kindness and mercy to one another…speak the truth with one another, and judge in your gates with truth, justice and peace.”

The letter dispatched by Esther and Mordechai to all 127 provinces detailing the customs of the holiday of Purim and the Megillah is referred to as “divrei shalom v’emet – words of peace and truth.” The customs established on Purim – matanot l’evyonim, mishloach manot and feasting with family and friends – were meant to be an antidote for the sins that had caused the Temple’s destruction and the nation’s subsequent exile.

A significant portion of time on Purim is spent helping those in need, increasing feelings of brotherly love and rejoicing together as one people. In the Megillah we are told how Esther and Mordechai hope that the holiday of Purim will be kept for posterity just as the Jews have kept “tzomot v’za’akatam – fasts and cries” throughout their years in exile. Again an idea that parallels the prophecy in Zechariah when he says, “The fast of the fourth month [seventeenth of Tammuz], the fast of the fifth [ninth of Av], the fast of seventh [Tzom Gedaliah] and the fast of the tenth [tenth of Tevet] will be for joy and gladness to the House of Yehudah, and for happy festivals. Love truth and peace!”

The message is clear: the road to redemption is paved with actions that are just and truthful and promote peace.

God’s name does not appear in the Megillah. His absence is a punishment, alluded to in the name of the heroine, Esther, “v’anochi haster astir panai – and I will certainly hide my Face.” Our sins cause God to remove His presence from us. When God hides, life becomes murky; we are left unprotected. The result is a national exile and a personal disconnect from the Divine. How do we fill that void? How do we go about convincing God we want a relationship with Him? Perhaps the answer is in the laws and customs of Purim. Fill the spiritual void in your life by finding the Divine in others. Turn fast days into festivals and mourning into joyous song by loving truth and peace.

Zechariah prophesizes how a spiritual revolution will sweep over the inhabitants of the world. Everyone will desire to ascend to Jerusalem to supplicate before God and seek out His presence. “In those days it will happen that ten men, from all the different nations, will take hold; they will take hold of the garment of an Ish Yehudi, saying Let us go with you for we have understood that God is with you.” 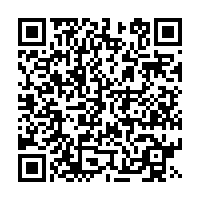