The megillahs beg to be illustrated. Each is associated with a notable holiday and each presents an idiosyncratic view of Jewish history and experience. Those that are not overtly narrative cry out to be narrated while the others present the most compelling stories imaginable. Song of Songs is scandalous until tamed by rabbinic interpretation; Koheles equally assaults a pious worldview, Eichah tears our hearts out, while Esther fills us with fear and pride. And finally Ruth causes us to examine the very foundations of the Messiah. Alas, their pictorial history is uneven.

Megillas Esther is the only text to be consistently and fully illustrated, and then only since the 17th century. Selected scenes from the other texts have been sporadically depicted, notably in the 14th century French Triparite Mahzor and the more extensive Morgan Picture Bible (1240, Paris).

The Book of Ruth is particularly compelling since it establishes the origins of the Davidic dynasty and the ultimate Messiah. While artists over the ages have been drawn to single episodes of this narrative, multifaceted depictions of Ruth are relatively rare. I present to you three examples.

Arthur Szyk’s illustrations for the Book of Ruth was published in 1947 by the prestigious Limited Editions Club. Reflecting his florid illustrational style, his eight illustrations are pictorial embellishments that act as visual meditations rather than literal textual illustration.

In 1957 the Jewish Publication Society published The Book of Ruth with 19 woodcuts by Jacob Steinhardt and Hebrew and English calligraphy by Franzisca Baruch. Baruch had worked with Steinhardt since their 1918 collaboration on a German/Hebrew Haggadah and is considered one of the founders of modern Israeli Hebrew calligraphy. Steinhardt (1887 – 1968) was a well-known Israeli painter and woodcut artist, trained in Berlin (Louis Corinth and Hermann Struck) and was associated first with the Berlin Secession group and then the Bezalel School in Jerusalem.

Finally David Wander in 2011 created a scene-by-scene illustrated Megillah that sets out the entire text of Ruth, in English, accompanied by his deeply midrashic and contemporary visualizations. His Book of Ruth is but one of the five megillahs that Wander has created in his signature art-book form over the last six years.

Wander’s “The Book of Ruth” is an accordion book that measures 2’ high and 30’ long meant to fold-out right to left and done in acrylic and ink on Arches cover stock. Wander studied the text and commentaries with Professor David Kraemer, professor of Talmud and Rabbinics at the Jewish Theological Seminary during the entire process of making what amounts to a total revamping of the ancient agricultural tale.

The Book of Ruth, along with Shavous itself, is deeply rooted in the agricultural setting of the barley harvest. Additionally the practice of “gleaning” or, more properly the leket, leftover stalks that had been dropped by the reapers, is narratively central to the story. Wander transforms all of these themes into 21st century metaphors for the perils of urban living. Consistently his vision of Ruth is one of social justice and the struggles of poor widows to survive set against the unfolding of Jewish national destiny.

The 15 pages are disconcertingly read in English right to left, calculated to echo the discomfort of Naomi and Ruth’s struggle. The images are totally integrated, sometimes literally behind the words, to provide a running commentary on the plain textual meaning. The first page shows the townspeople locked out from the help the wealthy Elimelech should have provided, but didn’t. On page 3 the tears of Naomi’s widowed daughters-in-law anticipate the rain that the Hand of God allows to flow on the Land of Israel. (1:6)

Further along we are introduced to Boaz as a prosperous religious businessman dressed in a suit as he instructs his workers in kindness to Ruth. In a sudden shift, Boaz’s blessing to Ruth (2:12) is depicted as a heavenly vision, the wings of the Holy Presence simultaneously embracing Ruth and her emerging ancestor, David. In image after image Wander casts the Ruth narrative into the present (the barley harvest becomes many bottles of beer (!) and the leket here becomes the “empties” the homeless are forced to glean from the streets to redeem for life-sustaining cash). His final haunting image is dominated by a much more biblical Ruth with the infant Obed. The child is precociously concerned, looking into the future while a lion-faced David peers out from the top of the page. 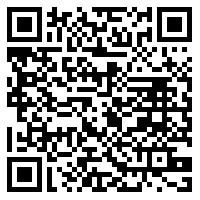