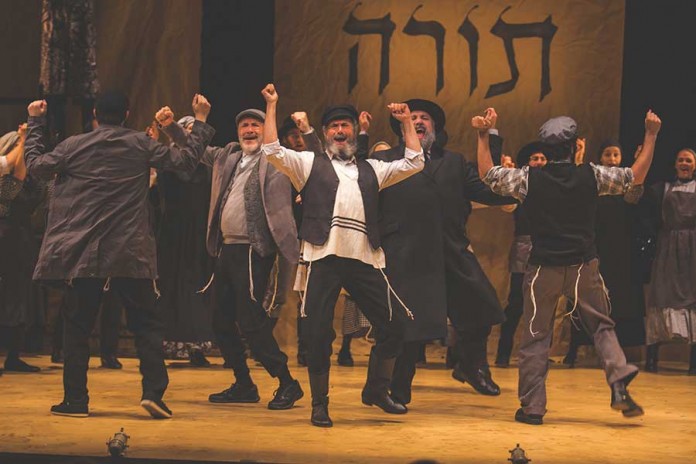 About 50 years ago, Steven Skybell saw the film Fiddler on the Roof and realized that acting could be his instrument.

“It was a game-changer for me,” Skybell told The Jewish Press. “I grew up in Lubbock, Texas, and my local temple rented out this huge movie house and served Jewish delicacies at the intermission. Already, at the age of 11, I was interested in theater. So, to see a film about a Jewish family was very empowering as a young Jewish actor in the making. It made me feel like one day there could be a place for me in theater.”


Skybell starred as Tevye in Fiddler on the Roof in Yiddish in July 2018 at the Museum of Jewish Heritage in Manhattan as part of the National Yiddish Theater Folksbiene. After sold-out runs, it moved to off-Broadway and went to Stage 42. Running for about two years, it won a Drama Desk and Outer Critics Circle Awards while Skybell took home the Lucille Lortel Award for Best Performance for Outstanding Lead Actor in a Musical. Currently finishing up a run of an English version of Fiddler at the Lyric Opera of Chicago, he said he is looking forward to reprising his role in the show in Yiddish with English subtitles at New World Stages in Manhattan from November 13-January 1 and once again being directed by Academy Award-winner Joel Grey.

Skybell, who took on the role as a student at Yale University, said he knew the show was good but didn’t anticipate such wild success, which drew celebrities from Billy Crystal to Carol Burnett. “Never in my wildest dreams did I expect it,” he said. “I always wanted to play Tevye in an age-appropriate way because I played him when I was young. When I got cast in this, I thought, ‘Well, it’s in Yiddish and it’s not English but it’ll be a summer gig and it will be interesting because Joel Grey is the director.’ It obviously touched a chord. It was a total surprise that the Yiddish would be so embraced.”

There was so much love for the show that there were big plans, which unfortunately were canceled due to the pandemic, explained Zalman Mlotek, a conductor and the artistic director of the National Yiddish Theatre Folksbiene. “We were all set to do a three-week tour in China, two months in Australia, and a 32-city national tour in place in America,” Mlotek told The Jewish Press. “It is our hope that the incredible response that we had will be there again and the same energy will inspire people to come see it.” He added that Skybell’s talent, thirst for knowledge, and menschlichkeit (being a person of good character) were factors in making the show a hit.

Skybell, who played Lazar Wolf in a Broadway production of the musical, followed in the footsteps of many actors who played Tevye. Zero Mostel used a comedic bent. Topol used a dramatic and partly aggressive approach, shining in the film and also stage versions. Alfred Molina, Harvey Fierstein, and Danny Burstein also took their swings.

“Because I was (acting) in Yiddish, I could just bypass a certain comparison to the greats who have done Tevye in the past,” Skybell said.  “I found that to be a real saver for me, in terms of pressure.”

I saw Skybell’s performance when it first opened. His everyman quality was so potent, and his acting was so powerful, many did not even need to look at subtitles. I went back two more times to see it.

“I followed Joel’s direction every step of the way,” Skybell said. “We never categorized it as this or that. I know from his belief of what Fiddler on the Roof is – it’s the humor that makes us human, as opposed to comic shtick.” He said he and Grey took interest in “the moment-to-moment truths that have laughter, but also poignancy and tragedy.”

The sad truth is that audiences now know that violence against Jews is no longer relegated to stories from years ago of the Russian czar kicking Jews out of Russia, but seen in Pittsburgh, New York, Los Angeles, and across the globe. “Antisemitism has made horrible inroads back into mainstream America in places we would never think it would come back,” Skybell said. “On top of that, with the locale of Anatevka, in the Broadway script we talk about Kyiv and Odessa. We know the play takes place in modern-day Ukraine. So, in terms of intolerance between people and tension between the Russians and the Jews, that’s also playing out in a certain way in that region. It’s horrible to realize. But it’s a testament to the classic of this musical that it is as relevant today, if not more so today, then when it was originally done.”

Based on the stories of Sholem Aleichem, Fiddler on the Roof debuted on Broadway in 1964 featuring the character of Tevye, a poor milkman dealing with struggles with three of his daughters. He clings to tradition but is willing to bend a little as Tzeitel refuses a match to the butcher, Lazar Wolf, and wants the poor tailor, Motel, instead.  Hodel makes her own match with a revolutionary, Perchik. But Skybell said it is almost Shakespearean when Chava decides to marry a gentile, Fyedka, and when Tevye considers her dead for doing this, it’s the most emotionally draining part of the show.

Performing in the show gives him a workout that makes him sweat quite a bit.

“When I saw my cardiologist while doing the Yiddish Fiddler, he asked me what my daily exercise routine was,” Skybell said. “I said, ‘Well, I have the show,’ and he said the show doesn’t really count. I thought to myself, ‘Well, you haven’t seen the show.’ It’s highly aerobic. I’m excited to get back at it.” 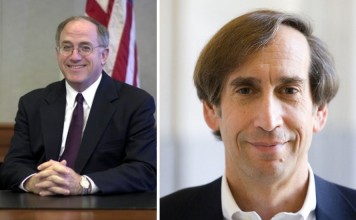 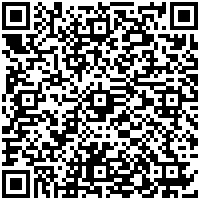