Have you ever made a great sandwich with varied and delicious ingredients, only to put a sauce on it that left a strange taste in your mouth? Such is the case with the documentary “The Meaning of Hitler” which was filmed in nine countries and will be shown on the rooftop of the Marlene Meyersen JCC Manhattan on Thursday evening, August 12, as well as in select theaters.

Directed by Petra Epperlein and Michael Tucker, the film is worth seeing thanks to some fine moments, such as when expert Holocaust historian Deborah Lipstadt calls anti-Semitism a conspiracy theory, or when we learn that a special new type of sound system that allowed a speaker’s mouth to be further back from the microphone have been instrumental in Hitler’s gesticulations and other body movements that enthralled the German masses.


There is a poignant moment when historian Yehuda Bauer, 94, says, “The problem that we have is not that the Nazis were inhuman, but that they were human.”

Lenze astonishingly says that American students that have visited his museum ask him how the Nazis were able to invade Germany. Assuming he is telling the truth, that is quite an indictment on the American public school system. Benecke, aware of conspiracy theories that Hitler did not shoot himself and somehow escaped, says that if Hitler were alive, he’d he have no jaw and no teeth.

The film pushes aside a notion that Hitler was anti-Semitic because of anger after a Jewish doctor treated his mother for cancer, after which she died. Historian Saul Friedlander also gives us some wisdom, saying that Nazis could stomach martyrdom and death because they thought they were acting in “some huge historical play for the future, for history…”

There are also young men who complain that when they turn on the TV there’s a “Ninety-five percent chance there will be a documentary on Hitler.” One man complains that there are shows like “10 Things You Didn’t Know About Hitler.” (Sarcastically, he adds it should be called: 10 Things You Already Knew.) I feel really bad for him. Maybe if his ancestors had stopped one of the most evil men in world history from slaughtering millions, he could turn on the TV and see documentaries about shnitzel.

The documentary asks why the Fuhrer’s birthplace in Austria was off limits. Was he abused as a child, or perhaps he did not want it to be revealed that his bloodline was tainted with un-Aryan qualities?

It is clear the makers of this film put in a lot of work and mostly spoke to great experts. But there are two flaws that will raise questions in the minds of the audience.

The first is that a little more than two minutes into the film, novelist Martin Amis says that “we might as well get on to his similarities with Trump.”

To be sure, there are Holocaust survivors who have compared the two leaders. Auschwitz survivor Eva Schloss, the stepsister of Anne Frank, in a 2016 essay in Newsweek wrote that Trump (before he won the presidency) was “acting like another Hitler by inciting racism.”

Those who agree with Schloss are still missing a huge point. Murder!

In a documentary called “The Meaning of Hitler,” when you bring up Trump in the first few minutes, you threaten to undermine the entire film by playing partisan politics. Here’s a comparison: the number of Jews killed by Hitler’s plan of genocide: about 6,000,000. What’s the number of people killed by Trump? That’s right, zero. There was no extermination plan or genocide of any sect of people by the American president at any time. Does that mean Donald Trump was perfect. Of course not. But only mass murderers of millions should be compared to Hitler.

But wait! Amis tells us that both were obsessed with cleanliness. Who cares? Is this worthy of being in such a documentary? Absolutely not. Then he goes on to say both were into lying. There are many politicians that lie and have lied. Will the documentary go into any more depth on this? Of course not.

The other strange decision is to give screen time to David Irving. If you’ll recall, Lipstadt called Irving a Holocaust denier in one of her books and Irving sued her and her publisher Penguin Books for libel. (There’s a movie called “Denial” about it.) In the British court system, it was Lipstadt’s burden to show that Irving had distorted evidence and she did just that, with a court ruling that Lipstadt’s claim that Irving had deliberately distorted evidence was substantially true.

You may have heard the commonly-used phrase, “sunlight is the best disinfectant,” but we already know who Irving is. It’s old news. What is the point of giving him screen time here? Do we need to see him continue his anti-Semitism as he says that Jews didn’t like manual labor and says that Auschwitz wasn’t as big a deal as it’s made out to be. The statement of Amis’s and the decision to put in Irving should have stayed on the cutting room floor.

Luckily, I took my acid reflux medication and could get past these two flaws and see that the film has much to offer.

“The Meaning of Hitler” shows some frightening scenes where today’s youth claim that Hitler wasn’t so bad. Do they really believe this or are they just trying to get shock value? What are parents or teachers, if anything, doing about this?

While Hitler has been assigned nearly every mental disorder, Bauer says you can’t put him on a psychologist’s couch and talk to him, although ironically there is a game on PC called Heal Hitler where the point of the game is that you are supposed to calm down a young 20-something Hitler so he does not become the leader of Germany. (The maker of the game says members of his family were killed in World War II and by no means is he a Nazi sympathizer.)

In trying to understand “The Meaning of Hitler,” are we really trying to understand what made his brain feel it was acceptable to attempt to wipe out a people or are we trying to figure out why in 2021 are there people who may want to do what he failed to do? Partially based on the book of the same title by Sebastian Haffner, it’s the youth of today that we must be most concerned about. Even though most don’t think it likely there will be another Holocaust, why were 17,000 on Twitter comfortable writing that Hitler was right. Why is most of the world silent about how Uryghur Muslims are treated in China? While there isn’t much exploration into his failed art school days, one can’t help but wonder if Hitler had been accepted to art school, would he have still embarked on a diabolical rampage?

How did Hitler go from an obscure failure to an overnight success? We see that chaos and propaganda were central to his cause. The film “Triumph of The Will” by Leni Riefenstahl is shown opposite cuts from “Star Wars,” showing how later films mimicked aspects of the Nazi army.

I would have liked to see an assessment of how emboldened Hitler became after England’s Neville Chamberlain’s policy of appeasement, because that is something to learn from – especially with the threat of countries that say they want to wipe Israel off the map.

The real psychological point comes from Bauer, Lipstadt and Friedlander who make it clear that we should not underestimate the capacity of people to hate Jews due to their stupidity, ignorance or the chaotic socioeconomic times. Our ears should perk up and our mouths should open up when we hear things that are hateful.

Because such villainy only succeeds in conjunction with lies, an acceptance of extreme violence, and bystanders who falsely rationalize that monsters committed the heinous crimes rather than people. While this documentary does not claim to have all the answers to how Hitler acted so diabolically, it powerfully demonstrates that a clear  danger arises when a leader has control of a brute army, unifies a population to dehumanize a scapegoat through propaganda, and then convinces average people that are otherwise civilized, that somehow it is okay to murder the weak, the poor, the old, the sick, the disabled, and most importantly for Hitler, the Jew. 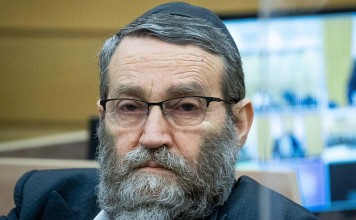 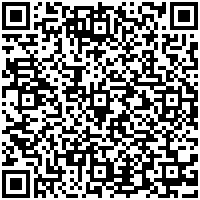