“Once Upon A Family: The Saga of Polish Jewry,” a documentary produced by Project Witness, made its world debut last week in a special screening to an overflow audience of prominent guests including first- and second-generation survivors.

The Museum of Jewish Heritage in New York City was a most appropriate venue for the important event.

All acknowledged the outstanding contribution of Mrs. Ruth Lichtenstein, director of Project Witness, because without remembering the past, there is no future. (Assemblyman Hikind also implored the assembled guests to do whatever possible to protest the nuclear deal that had just been signed with Iran.)

After dinner we were directed to the movie theater for the evening’s program and were introduced to Mr. Dreier, a survivor in his nineties who spent time together in a concentration camp with the late Chazzan Dovid Werdyger. During their darkest moments the chazzan sang and taught Mr. Dreier how to keep a beat with two wooden spoons. When there is nothing to live for, a melody that reminds one of home can provide the will to go on.

In a moving tribute to Mr. Dreier, Dovid Werdyger’s four sons, including the iconic singer Mordechai Ben David, came onstage and sang the melody and song their father so long ago shared with Mr. Dreier. Mr. Dreier was then presented with two wooden spoons as well as two silver spoons. He was overwhelmed, as indeed we all were.

Rabbi Lau is a world class speaker. When he relates stories, even concentration camp stories, the audience is mesmerized. As we would soon discover, he is in the movie as well.

Mrs. Lichtenstein introduced the documentary with a story of her father, who had left his wife and young son in Europe, planning to send for them, and was in Jerusalem when World War II broke out. Helpless to rescue them, he could only sit and listen to the news coming out of Europe.

The movie tells the story of the destruction of Polish Jewry, at that time the largest Jewish community in Europe, numbering more than three and a half million. Through the stories of survivors who gave testimony to Project Witness, we meet their families and cry along with them as the tragedy unfolds.

This is not an easy film to watch. No viewer will be left unmoved. The narration is excellent and the scenes put us right where the events were unfolding.

Project Witness is dedicated to three cardinal principles that guide our lives as Jews: faith, remembrance, and hope. Mrs. Lichtenstein and her team have done a masterful job holding true to those principles. 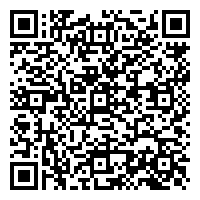