Major General Yair Naveh (Reserves), who was the commander of the Central Command during the Disengagement from Gaza in 2005, in which 8000 Jews were expelled from their homes by the Sharon Government, said that the majority of the IDF’s General Staff at the time opposed the unilateral Disengagement and believed it would lead to an increase in terrorism.

Naveh made his remarks on Reshet Bet’s “Meeting Point: with Aharon Vizner.”

Naveh said that then PM Ariel Sharon did not consult with the IDF senior officers about the Disengagement.

Naveh, who is religious and one of the IDF’s first religious General Staff officers, said that if the religious soldiers had refused orders, there would not have been a religious officer in the IDF above the rank of Major for the next 50 years.

Naveh claims the IDF recognized the emotional difficulty directly participating in the Disengagement would cause certain soldiers, so those soldiers were not put in front-line Disengagement positions. 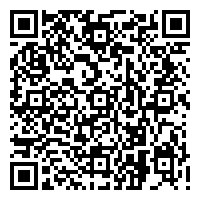