The northern German town of Celle is a scant 20-minute drive from the Bergen-Belsen Concentration Camp. In Memory After Belsen, a documentary by Joshua Greene and Shiva Kumar, a young American meanders through the picturesque town and wonders about the townsfolk. Are they aware of the transgressions that occurred just a few miles away? Do they think about it? Were they involved in it?

Memory After Belsen is about the future – the future that is, of Holocaust memory. The feature length film, which is distributed by The Discovery Education Center in American and Canadian schools and colleges, is made for high school students and asks the question that is becoming more and more difficult to ignore: what will happen when there are no more survivors? Wisely, the film avoids easy answers. The narrative arc follows Robyn Thaler Hickey, a young college graduate and granddaughter of Holocaust survivors to Bergen-Belsen as she explores her family history.


Anchoring an educational film to a young woman who is both thoughtful and inquisitive was a smart move for the filmmakers, resulting in a film and a journey that is relatable to schoolchildren, both Jewish and not Jewish, regardless of a personal connection to the Holocaust.

(Full disclosure: Dr. Henri Lustiger Thaler, executive producer of the film, is the curator at Kleinman Family Holocaust Education Center, where I am the collections manager.)

Memory after Belsen does what any good film should do: raise more questions than answers, and interspersed with Hickey’s story are footage of survivors’ testimony, explorations and evaluations of different methods of perpetuating Holocaust memory as well as interviews with artists, teachers and children of survivors.

Perhaps the most famous mediator of Holocaust memory is The Diary of Anne Frank and the film offers a scathing critique of the widespread practice of some educators to begin and end their Holocaust curriculum with the book. Lawrence Langer, a noted Holocaust scholar, reports that for twenty years he has been pleading with teachers to stop teaching Anne Frank as a Holocaust text, adding “one of the great unwritten works is Anne Frank’s Diary Part Two.” That is, the part after deportation, the part that she did not live to write.

Other agents of memory explored include Art Spiegelman’s Maus, a graphic novel written by a survivor’s son that is a pioneering work and rightly considered a modern classic. Even as this book does not mince the horror of the Holocaust, it mitigates it by using cats to stand in for Nazis and mice to stand in for Jews. This is the kind of mediation that does not dilute the horror but metes it out in a way that is not too overwhelming for children and young adults. Good fiction, like art, is a wonderful medium for memory because it is nothing if not personal.

3GNY is another agent of memory explored in the film. The name stands for Third Generation New York and its members are grandchildren of survivors who speak in their grandparents’ stead in school settings. The members are decidedly not educators or historians, but they have appropriated or recovered the voices of those who no longer are able to speak.

The most uplifting aspect of the film was the footage from the displaced persons camps. Watching as the survivors organized themselves to form lending societies, theater troupes, soccer leagues, and movements in support of a Jewish State, I was filled with wonder at the incredible strength and resilience of the still newly-liberated survivors. It is no surprise that the film was just awarded the Houston International Film Festival Silver Remi Award.

Memory after Belsen is a must-see for schoolchildren, their educators and anybody who worries about what happens when there are no more survivors. I expected to leave with the heaviness that usually accompanies me after such films – the guilt that few members of my family were affected, the guilt that I can decide to turn off the specter of tragedy if I so choose and the paranoia that I, that Jews, are not safe, even here, even now. 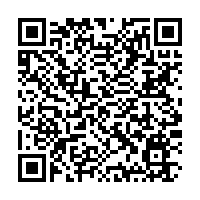